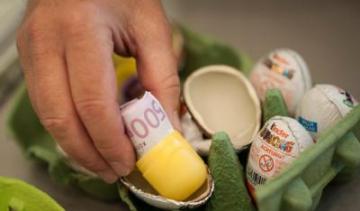 Lydia began working for Kinder Sports on October the 6th as a sports coach for children. The nature of the work meant that Lydia was often travelling for more than an hour each way in order to undertake a maximum of four hours work. Lydia was initially happy with this arrangement as she had been assured that she would be £12 per hour for her work. After working for a week and struggling with the travel costs Matt offered to pay £20 per week toward Lydia's travel costs. Lydia continued working until the 22nd of October. After this date she was unable to get in contact with Matt Longhurst as he continually gave excuses as to why he was unable to respond to her questions about how much she would be paid and when for the work already undertaken. Lydia was offered no further work after this date. Lydia initially expected to be paid on the 30th of October for her work, when she did not receive her pay Matt Longhurst told her she would be paid on November 24th.
To date, with the exception of the money towards her travel costs, Lydia has not been paid for the 30 hours work she undertook for Kinder Sports.

Matt Longhurst ignored our initial communication regarding Lydia's wages and when contacted by phone spun some more yarns about having agreed to pay Lydia £140 once she had returned a work uniform. We support Lydia in saying this by no means represents fair remuneration for her work. We ask Matt Longhurst to pay the full £360 for 30 hours worked at £12 per hour.

Join us and Lydia by tweeting at Matt Longhurst and his business associates demanding that Kinder Sports pay up the wages that are owed.

This article was published on 29 January 2016 by the SolFed group in South London. Other recent articles: