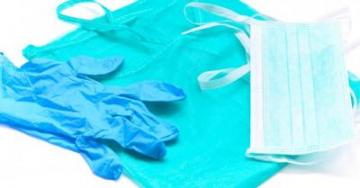 It is well known by anyone who has ever worked in, or been around the social care system, how much employers in that sector try to exploit their staff and just how badly they treat them. Care workers have long felt they are viewed in low regard by both local authorities and the government, until recently being described by both local and national politicians as being ‘low skilled’. This has started to make headlines in the national press and get into the public consciousness and never has it been more apparent than during the current coronavirus crisis, where employers have shown a complete disregard for the safety of not only their workers, but also for the people who use their services.

Careworkers have shown an unwavering commitment and compassion to the people they support by continuing to travel to work to support them every day despite the risks, with some workers going so far as to move into their places of work, leaving their families behind at home, in order to help shield the people they care for from the virus.

Meanwhile care employers have shown their usual commitment and compassion to their employees by treating them as badly as they possibly can in order to protect profit margins. Most care workers have never been eligible for sick pay and receive only Statutory Sick Pay (SSP) and this has continued during the current crisis.

Workers have said they have been pressured to go into work and do shifts even though they are isolating at home either because they themselves have become sick or due to a sick or shielding family member and some of those that live in a household with a high risk family member, and who want to self isolate to protect them, have been told that they will not even be eligible for SSP and will go unpaid, as it is not they themselves who are sick.

Care staff have also been pressured to provide sick notes for all time spent off self isolating due to having coronavirus symptoms, despite the government advice being that you only need to provide an isolation note, which can be applied for online to help ease pressure on GP surgeries, and of course the fact that all absences 7 days or less can be self-certified.

Some workers are saying that their employer has agreed to place them on furlough while others have said that they have been told they will only receive SSP for 12 weeks. Some staff have even been told they will be placed on furlough only to be told later that their employer will not be doing so. For low paid staff who are on Minimum Wage and often have no savings, the prospect of being on SSP, which is currently only £94.25 a week, for at least 12 weeks with no idea of when this will be over, is a pretty daunting one and one that may not be affordable for many.

The lack of Personal Protective Equipment (PPE) such as gloves, masks and aprons as well as hand sanitizer and cleaning equipment for care workers is a national scandal and is leaving both care workers and the people they care for at massive risk of contracting, or spreading through no fault of their own, the coronavirus. So desperate has the situation become that companies have tried to source PPE from local nail bars and vet’s practices with up to 80% of providers saying they do not have adequate PPE. One worrying report emerged from the GMB union in Scotland of a care home locking PPE in a cupboard away from staff.

Care staff have been receiving varying, if any, advice on how and when to use PPE with some being told by their employers that some PPE will only be provided if a service user is showing symptoms of coronavirus and they have to perform personal care, despite the fact that the virus seems to be extremely contagious, easily transmissable and spreading at a rapid rate and by the time the company has got around to deciding to provide PPE, it may be too late.

The lack of coronavirus testing also means that care staff are having to isolate for up to 14 days without knowing if they, or someone they live with has the virus and also leaves them open to being pressured by management to return to work, not knowing if they still have, or have had, the illness. The very human cost of the lack of resources from government and the negligent practices of care companies is being tragically demonstrated across the country as the death toll grows higher and the virus spreads. One care home in Glasgow has lost 16 residents after coronavirus spread through the service and another in Liverpool has also been hit badly where 9 residents have died with the home manager saying two thirds of her staff were off ill. Several care workers across the country have now sadly died from the virus.

Care workers have described the current situation as feeling like they are ‘cannon fodder’, the phrase coming from armed conflict where soldiers, historically from poor and working class backgrounds, would be sent to the front lines and were seen as disposable. The similarity here is that once again the working class is seen as expendable and little thought is given to their welfare by the bosses and politicians as long as work is being done and services being provided or profit being made.

For too long care workers have been described as low skilled and they remain some of the lowest paid workers in the country, yet recently we have seen their dedication and bravery in working through the coronavirus. A workforce that is overwhelmingly made up of female and migrant workers, which has a lot do with the exploitation they have been subjected to, has shown just how essential they are whilst the bosses and those in positions of authority have demonstrated once again just how incompetent and cowardly they are with care company CEOs, directors and senior managers safely working from home but expecting frontline staff to take huge risks.

When we hopefully, eventually get through this crisis it is obvious the care sector needs to be completely transformed to work for the people who need its care and the people who provide it, rather than in the interests of profit. The way the system is now just cannot continue. If you want to organise your workplace and improve your conditions please get in touch with Solidarity Federation and we can help.

This article was published on 10 April 2020 by the SolFed group in Manchester. Other recent articles: