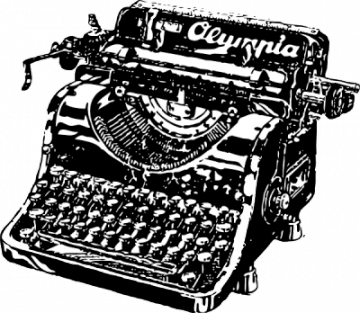 Liverpool Solidarity Federation is calling on our friends and comrades in the libertarian workers’ movement and beyond to boycott Ryanair.

Our local has worked closely with the Ryanair Don’t Care campaign to highlight the airline’s exploitation of young cabin crew, particularly its practise of charging new recruits 3,000 euros for their training and terminating a certain percentage of them before their probationary period has ended.

The campaign was started by John Foley after his daughter’s employment with Ryanair was terminated while she was onboard a flight, leaving her stranded abroad with no money. John, who is a SolFed member, used various forms of direct action to highlight the airline’s exploitative recruitment-for-termination policy, including a rooftop protest at Liverpool John Lennon Airport, gate-crashing Ryanair’s AGM and handcuffing himself to the goalposts during a Premier League game last season attended by Ryanair boss Michael O’Leary.

John is clear that the campaign is not just about justice for his daughter, but for the likely thousands of other young cabin crew that have been affected over the years. Recently, we called for a communications blockade on the birthday of David Bonderman, the Texas billionaire who is the chairman of the airline. We believe a boycott is the logical next step in the ongoing campaign against Ryanair’s profit-driven recruitment swindle.

Responding to a call-out by the neo-fascist North-West Infidels for a demonstration in Liverpool on 3rd November, local anti-fascists came out in force to oppose them.

Anti-fascists outnumbered the fascists by four-to-one and after cowering behind their police protection for an hour or so, the fascists left with their tails very much between their legs. One well-known local fascist was reportedly set upon and chased out of town by local youths. Liverpool has sent a clear message to fascists: You are not welcome on our streets!

Revolutionary icons
In a new series of articles we celebrate some of the local personalities from Liverpool’s radical past, starting with…

Mat Kavanagh (1876-1954)
Originally born in Ireland, Mat Kavanagh was to become one of the most prominent working-class anarcho-syndicalists in Britain during the first half of the 20th century.

He was a contemporary of famous anarchists such as Peter Kropotkin, Malatesta, Rudolf Rocker and, while working as a barber in London, he cut the hair of George Orwell who described him as “an old Irish IRA Anarchist hairdresser” (probably due his involvement in the Easter Rising in Dublin, 1916).

Mat helped establish the Liverpool branch of the Industrial Union of Direct Actionists, an anarcho-syndicalist group that aimed ‘to organise the workers on a revolutionary economic basis’. He was renowned for his oratory skills, regularly giving public speeches in Liverpool and delivering lectures at an anarcho-communist Sunday school set up by Jim Dick and Lorenzo Portet. The school was inspired by the ideas of the libertarian education reformer, Francisco Ferrer. At an open-air public meeting, over 500 people listened to Mat condemn the execution of Ferrer by the Spanish state in 1909. He also contributed to various publications including Solidarity, the newspaper of the Anti-Parliamentary Communist Federation.

Unlike some anarchists, Mat was staunchly opposed to the First World War and in fact his only son was killed in the conflict. Following Mat’s death, Freedom printed an obituary of him which stated he was “imprisoned no less than 9 times, always on revolutionary issues and could discourse most entertainingly on the prisons of these islands”.

Near the end of his life, Mat lived at the Whiteway Colony, a community based on utopian social ideas with residents that included anarchists and refugees who fled the Spanish civil war. We’ll leave the final word about Mat to the late Albert Meltzer, a veteran anarchist and a member of our organisation when it was called the Direct Action Movement: “For the young anarchists of the 30s, of whom I was one, and right until the 50s, Mat was our link with the traditional working-class Anarchism of the past and our mentor as no other.”

Liverpool SolFed would also like to pay homage to the anarchist Ethel MacDonald (1909-1960), whose anniversary falls on December 1st.

Ethel was from North Lanarkshire in Scotland and, although she was not a figure in Liverpool’s anarchist movement, we believe it is important to remember her contribution to the struggle for working-class self-liberation. Active in anarcho-communist groups, Ethel travelled to Barcelona following the outbreak of the Spanish civil war. There she was involved in the foreign language information centre of the anarchist CNT trade union and gave regular broadcasts on Radio Barcelona. In a broadcast on February 19th 1937, she said: “Belief in parliament does not lead to freedom, but leads to the emancipation of a few selected persons at the expense of the whole of the working class.” She was also tireless in her efforts to expose the counter-revolutionary actions of the Stalinists during the civil war. There’s an excellent documentary available on YouTube called An Anarchist’s Story - Ethel MacDonald. We encourage anyone who hasn’t seen it and has an hour to spare to watch it!

WHO WE ARE: The Solidarity Federation is a revolutionary union initiative: a working class organisation which seeks the abolition of capitalism and the state. Capitalism because it exploits, oppresses and kills working people and wrecks the environment for profit worldwide. The state because it can only maintain hierarchy and privilege for the classes who control it and their servants; it cannot be used to fight the oppression and exploitation that are the consequences of hierarchy and the source of privilege. In their place we want a society based on workers' self-management, solidarity, mutual aid and libertarian communism. For more info, visit: www.solfed.org.uk or email: solfed[at]solfed.org.uk This article was published on 30 November 2012 by the SolFed group in Liverpool. Other recent articles: