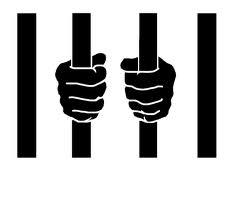 With the government's response to the events of early august being to throw long prison sentences around left, right and centre, here's the text of a general prisoners support leaflet produced by North London Solfed. A pdf of this will hopefully be up soon.

Don't abandon people while they're inside -

The government's response to the events of early August has been predictably heavy-handed. With nearly 2000 arrests in London alone—and many more across the country— our government seems determined that harsher policing and prison sentences are going to be their only response..

We don't have to agree with all the actions undertaken during the riots, but we should try to support people going from one tough situation to another. Sometimes it was just young fathers taking nappies for their children, which they could otherwise not afford or some clothes or grabbing a few goods to pay the rent. Others, unfortunately, thoughtlessly burnt down the homes of people around them.  With all their contradictions, the riots showed an anger that exists at the problems within our society, these problems will not be sorted out with prison sentences.

We encourage people to set up local prisoner support groups. Basic things—sending books and other items, arranging regular visits, writing letters and postcards, providing legal support at hearings—are all important. We don't believe in abandoning people to our grim and overcrowded prisons.

And what happens when people are released from prison? It's hard enough to find a job or affordable housing, even without a criminal record. They're going to need help after they've finished serving their sentences.

Supporting friends or family in prison is a big commitment which can be draining and isolating. However, coming together to build support groups and pooling our resources makes us feel less alone. The government's evictions and their punishment of people by association will be resisted more effectvely if we work together.

If you want any help in setting up a prisoner support group or assistance with legal issues, please get in touch with with one of the following groups.

This article was published on 29 August 2011 by the SolFed group in North London. Other recent articles: