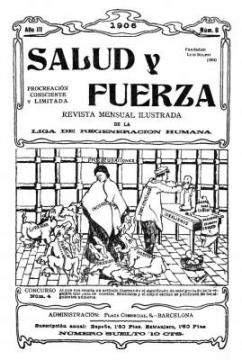 Over the last few days, a post has been circulating on social media identifying capitalism as the virus that needs to be extinguished as dangerous for our health. Of course, it would be untrue to suggest that the coronavirus has somehow been produced by capitalism but we can say that the effects that the virus entails have been exacerbated by the capitalist mode of social organization. The first concerns of the Tories were for the economy, not for people. The economy and profit are what drives them and people’s welfare is only relevant in so far as they can produce for this economy. The very fact that in the UK the last ten years have seen excruciating cuts to social services, the NHS and anything public, including youth clubs and the like, has made it all the harder to respond adequately and quickly to the crisis caused by the virus. Some people, only now, as they demand a quick and efficient response from the NHS, realise what these cuts (and perhaps the fact that they voted for them) actually mean.

Over a hundred years ago, anarchists in Barcelona set up a periodical called Salud y Fuerza [Health and Strength] that ran for ten years between 1904 and 1914. The paper, a monthly, was full of information about improving workers’ lives, and full of demands for better food, proper housing and free medical care for those that fell ill. Even though the scourges of the day were somewhat different in the West, at least – TB, syphilis and malnutrition – the message is the same today as it was a hundred years ago: capitalism and its mode of organization are literally bad for your health. The comrades of Salud y Fuerza demanded not only better food and its availability for all but radical solutions on housing and not just a rent or mortgage holiday. The British state’s sudden release of massive funds shows that the money and resources are there and always have been. Let’s make sure that we claim back as much of these resources as possible. After all, we shouldn’t feel grateful to the Tories of the government, these were goods and wealth created by we workers in the first place.

Society can be organised in a different way and the current massive disparities in wealth and health can be eliminated. Workers in the past have shown the way and the disinterested actions of health workers, food distribution workers and neighbours show how solidarity and the care for the common good are well, strong and healthy in the UK and beyond today.

This article was published on 21 March 2020 by the SolFed group in Manchester. Other recent articles: