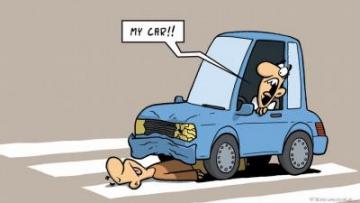 The lamentable state of public transport in the North of the country, not to speak of elsewhere, has even reached the tables of ministerial discussion in the government in London. The fact that Northern Rail has been taken from Arriva and given to the Operator of Last Resort (OLR), as the jargon goes, that is, the state, is a reflection of the decline of our public transport system and the need for a proper solution. Northern Rail was plagued by late and cancelled trains and over-crowding on a scale that if it had been in London would have seen a rapid solution. While privatisation has evidently failed the British public, it cannot be guaranteed that a process of nationalisation will be better – what we can be sure of is that it couldn’t be worse.

A decent public transport system is a necessity for any working population. In the UK, buses have been cut massively over the last ten years as Council revenue has been slashed in the name of austerity. The fabled money tree that Teresa May referred to as non-existent keeps on popping up in unlikely places – plenty of money for HS2 and for vicious immigration controls that divide families and curtail the life chances of many. We must continue to demand better services and better funding and the grass roots groups that campaign on these fronts are to be praised as are the guards on trains who are prepared to strike over working conditions such as DO (Driver Only operated trains).

As people have despaired of the train network’s unreliability and high prices, they have turned to private transport. As anarchosyndicalists, while we understand this, we argue that there is no substitute for a clean and efficient public transport network, which can convey people to their destinations and cut emissions. As anarchosyndicalists, also, we favour the public over the private, the collective solutions over the individual ones. It’s no coincidence that in a psychological study at the University of Nevada it has been revealed that the odds of letting a pedestrian cross the road decrease by 3% for every £800 increase in the price of a car. That is, the more expensive the car, the more likely the driver is to just drive on regardless of other road users. Drivers in big cars are also much less considerate to other road users and have lower levels of empathy for others. While capitalism extols the value of having as bigger car as possible, consuming far more energy than is necessary but which rewards status, we favour reducing waste, public transport and a system fit for caring human beings.

This article was published on 4 March 2020 by the SolFed group in Manchester. Other recent articles: