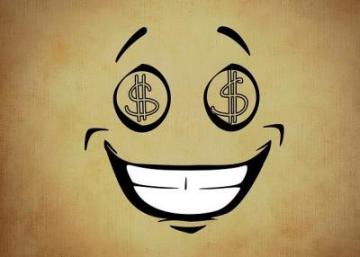 Staff at a call centre where customers were described as “gazelles” to be hunted have been subjecting, low income, elderly people, to dozens of calls a week to sell them expensive funeral packages. The company, Prosperous Life,  based in Stockport, Greater Manchester, sells more than 1,000 pre-paid funeral plans every month. Staff at the company report that they are put under pressure to push people to sign up for schemes with little regard for their income.

Prosperous Life runs a workplace culture inspired by The Wolf of Wall Street movie, as a means to pressurise staff into mis-selling funeral plans to vulnerable people. Staff were encouraged to refer to themselves as “lions” and potential customers as “gazelles”. A life-sized cardboard cutout of Leonardo DiCaprio as the disgraced fraudster Jordan Belfort in The Wolf of Wall Street movie was placed in the office.

Ex-staff claim that managers instructed staff to suggest to low-income customers who said they could not afford deposits for the £4,000 packages should split their payments over several weeks – even if they had to use a credit card to do so.  Households were also subjected to dozens of calls – even after they said they were not interested or hung up on sales people. One customer said he received 57 calls in a week.
One former employer explained that Managers would often listen to calls with potential customers. When you were at the stage of closing the deal they would explicitly instruct staff to push people hard, in the process putting staff under enormous pressure to go to any length to get the sale. Staff were also encouraged to “guilt trip” people into signing-up to the £45 a moth funeral plan, even when it was clear they would not be able to keep up the payments. Another ex-worker explained that staff would often crack under the pressure, ending up crying at their desk.

One of the co-owner of Prosperous Life, Ian Blackhurst, is certainly getting prosperous, owning a historic £5m house set in National Trust parkland. The other co-owner, is that fine example of all that is best in humanity, James Murtagh, who previously owned a number of debt management firms, 3 of which were compulsory struck off by Company House and one went into liquidation. Since then he has moved on deciding there was more money to be made selling funeral plans.

With fine upstanding companies, such as Prosperous Life, in the business of selling funeral plans to vulnerable people questions have started to be asked. Consumer group Fairer Finance recently warned “It looks like some providers could be operating quasi-Ponzi schemes...we may see a Farepak-style collapse” the Christmas hamper business that went bust in 2006.

This article was published on 29 November 2019 by the SolFed group in Manchester. Other recent articles: