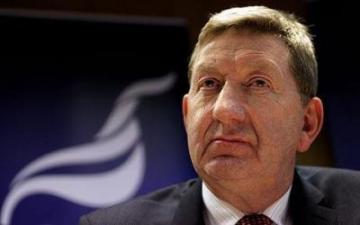 CONTROLLING OUR OWN STRUGGLES

It’s nearly 87 years since the last General Strike in Britain was sold out by the leadership of the Labour Movement. Countless times since then, trade union leaders, like the Grand Old Duke of York, have marched us up to the top of the hill with fighting talk and the promise of victory, then marched us down again, demobilising struggles and selling out rank-and-file members. We must learn from history, not repeat it.

As workers, we need to directly control our own workplace and community struggles by organising direct action (e.g. indefinite wildcat strikes, solidarity pickets, occupations, blockades). That means having confidence in our ability to take matters into our own hands and organise resistance to austerity and exploitation, without relying on the ‘official’ channels.

We want to build a revolutionary union controlled by its members, not run by leaders or officials. We believe such a union would be a valuable weapon in the fight to improve our living standards and the struggle for working-class self-liberation.

During the conference, we attended an international workshop addressed by dockers from a trade union in Portugal who gave some inspiring examples of how unofficial and spontaneous action has been used to defend the interests of workers and achieve concessions from the Portuguese government.

UNITE leader Len McCluskey arrived after the lunch break. Following a speech in which he called for direct action against government cuts (using UK Uncut as an example) and for workers on strike to be paid the equivalent of their wages, the chairman declared that 3 people would have the privilege of asking Len a direct question. A SolFed member, who we’ll call Mick, had his hand up. The chair, a well-known TUC activist, initially pointed directly at Mick but then changed his mind when he seemingly realised he was sitting at the anarchist table and was probably going to ask Len an unflattering question. Instead he pointed at someone else who he knew by name to ask a question.

Undeterred, Mick, along with a couple of comrades, went outside for a smoke in the hope of grabbing a moment with Len when he left. Indeed, having spent less than an hour at the 6-hour conference, Len departed and Mick finally got his chance. What follows is a paraphrased account of that conversation:

Mick: Len, I wanted to ask you a question earlier. The idea of paying people on strike their normal wages is a really good one. Why not make the first down payment into that fund by stopping the millions you give to the Labour Party every year and give it to people on the picket lines?

Len: Well, we don’t give millions of pounds to the Labour Party every year…

Mick: So how much is it then?

Mick: Well that is millions of pounds, and what do you get in return for it? You’re not getting very good value for money, are you?

Len: We’re trying to take the Labour Party in a leftward direction and make it a radical alternative.

Mick: And how’s that going so far? Not very well, is it?

Len: Well that remains to be seen. If it doesn’t succeed then we’ll have to look at setting up our own party…

Mick: Which has been tried before and historically hasn’t worked either…

Len: The money given to the Labour Party comes from our political fund which members choose to donate to. Are you actually a member of Unite?

Mick: I was. I had to send several emails before I got an opt-out form to stop part of my membership dues going to Labour. You don’t make it very easy. In fact, the only time I really heard from the union is when I cancelled the Direct Debit, then I got two letters in the space of a week. [In the interests of fairness, a Unite organiser was helpful during a workplace organising initiative, but this help was given in an unofficial capacity].

Len: OK, so if you don’t want to support Labour, how to you hope to achieve political power?

Mick: I don’t want to achieve political power, I want to help destroy it.

Len: So what are you then?

Len: Well we’re on different wavelengths. I remember being at a demonstration a few years ago, and ‘the black flag brigade’ were there giving out leaflets criticising leaders. When you create a mass movement, I’ll join it.

In the words of one of the Portuguese dockers: “Don’t rely on your leaders. You don’t need them.”

This article was published on 10 February 2013 by the SolFed group in Liverpool. Other recent articles: