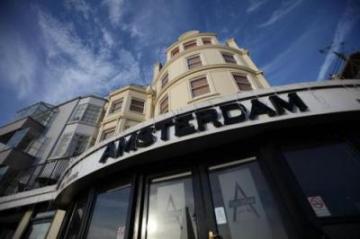 One of the most common problems that hospitality workers face is the right to holiday payment. Most of the bosses take advantage of our lack of knowledge of the law, of our situation and of their power to save some money by avoiding our holiday payments (or our notice pay, or our wages...). This is what happened to the former housekeeper at The Amsterdam Hotel.

He was working for three months in that Hotel without any written contract. Once he found a better job, he gave one weeks notice. But the boss said that one week was not enough for him, even though a new housekeeper was working there the day after.

Although the worker was not forced to give more than one week, which is the minimum when you do not have any contract, the boss decided randomly that stealing his employee's holiday pay would be a fair trade. Obviously, something that is only fair in an exploitative and greedy mind. After having tried to claim his money for some time, the worker decided to ask for help from SolFed.

SolFed is a union formed by workers, which is developing a campaign, among others, against wages theft in Brighton & Hove hospitality sector. So we make all the calculations and we estimated that the worker was owed more than £350, which probably is not much money for the company but a lot for any hospitality worker.

We handed a demand letter to the company and talked with the boss. His face ,ompletely changed. now he was not dealing with a misinformed worker. Now he was dealing with an organised worker helped by other workers. Everything changed, nobody looked to have taken responsibility around the issue, everything had now been a misunderstanding.

A few days after, the worker received his holiday pay in his account.

This article was published on 8 July 2016 by the SolFed group in Brighton. Other recent articles: