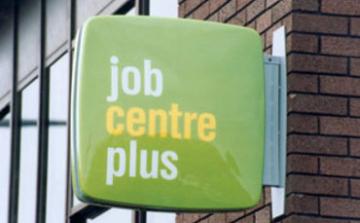 MWA is not voluntary and people of any age can be mandated to take part, even if they have been claiming Jobseeker’s Allowance for a short time (source). Job seekers are referred to the scheme at the discretion of a Jobcentre Plus advisor and placements are organised through private companies who arrange for the participant to work 30 hours per week for four weeks for no wage.

The government claims that some jobseekers need to be taught the discipline of the labour market, and this scheme was set up to provide it. It is explicitly a disciplinary measure which is not about providing work experience. For that reason placements don’t have to be related to the person’s experience or job goals or indeed to give them something to put on their CV - the point is just to get them working. In spite of this stated aim, the guidance nevertheless permits people who are already in part-time or voluntary work to be referred to the scheme.

At the time the policy was introduced the government admitted there was ‘little evidence’ that it would increase the likelihood of the participant finding work (source), and the government was forced to defend itself against charges that the policy was intended to be punitive rather than constructive (source). This was also the impression given to some of the potential providers of the scheme, many of whom declined to bid for contracts seeing it as a propaganda exercise and a way to sanction more claimants (source).

Not the claimant who is forced to work 30 hours a week in order to be 'disciplined' in the ways of labour market! There is not even suggestion of possible employment or interviews at the end of the placement which will not necessarily be in a field of any relevance to the job seeker.

The providers are set to profit from the scheme. The payment model for MWA providers is 100% payment on day one of the referral. Exactly how much the government is paying providers is unknown as, according to minister Chris Grayling details of "the payments made to mandatory work activity providers are Commercial in Confidence" (source).

When inviting tenders the Government set the maximum start fee (that it would pay to providers) at £800 per referral. Coming so soon after bidding for Work Programme contracts, the competition was weak with a lot of potential providers choosing not to participate for a number of reasons. The companies that did secure contracts can be found on the DWP's website – many of them, such as A4E, Seetec and Ingeus are also complicit in the Work Programme and other types of workfare.

The scheme was introduced nationally in June 2011 having been trialled since April. Between May and November that year there were more than 24,000 referrals to the scheme so there is little doubt that the government has already paid millions to the providers for indeterminable returns.

Does ‘society’ benefit? The government has stated that placement must provide some community benefit but that they may be at private companies. "Working towards the profit of the host organisation" counts as community benefit (source)! So as with all types of workfare, the only beneficiaries of Mandatory Work Activity are private companies – those who organise the placements and those who employ the workers without having to pay them.

For the staff at companies taking placements it increases the likelihood that they’ll see lay-offs, recruitment freezes and overtime reductions. Mandatory Work Activity, like all of workfare, is an attack on us all.