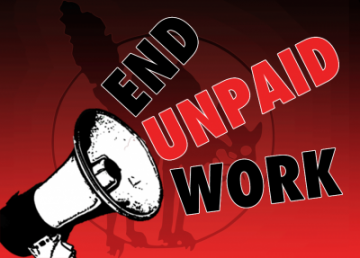 what is workfare? | resources | workfare factsheets

In the UK, The Solidarity Federation has called for March 31st to be focussed on direct action against workfare. And not just for a day, but as part of a concerted campaign to put an end to unpaid work. This is in support of the ongoing Boycott Workfare campaign, and is being organised in conjunction with numerous other groups and organisations. Confirmed events so far (let us know in the comments if we've missed any events or supporting groups!):

A general anti-workfare leaflet is attached below as a pdf and an editable MS Word file for other groups to edit. Feel free to replace SF contact details with yours and/or modify the text.

WYSF will be joined by

WYSF will be joined by members of the Scottish Republican Socialist Movement (SRSM) at the picket in Wakefield.

There will also be pickets in

There will also be pickets in Glasgow (by Solfed members, Glasgow AF and the Crutch Collective) and in Inverness (by Highland Anarchists). Cheers!

Nice one! Are there links to

Nice one! Are there links to the events we can add?

There will be a picket of

There will also be a protest

There will also be a protest in Stroud, Gloucestershire, 10am onwards. Featuring at least one SF sympathiser! Will begin with H&B, but maybe others too. With involvement of local anti-cuts group members too, hopefully: http://www.stroudagainstcuts.co.uk (nothing on the protest there)

I got this sent via Facebook in the comments on one of our events in claimants fight back page "We will be protesting at Primark Huddersfield", I've asked for more details but nothing as yet.  Thought we could have a "unconfirmed" list to add to our list. Mike

I now know its being