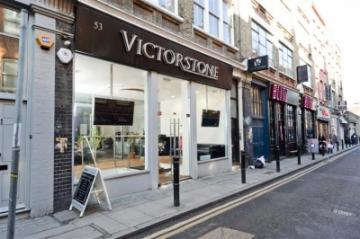 Ruth, Jess and Charlotte recently took up a rented property in Bethnal Green through the Shoreditch branch of Victorstone Property Consultants, paying £3,451 as rent and deposit. After they had only just moved into the house, Victorstone fell out with the landlords over the fees they would take, the landlords decided they wanted to get out of the letting, and changed the locks.

Victorstone were sent an ultimatum by supporters of Ruth, Jess and Charlotte and this was signed by Solfed amongt others. When the deadline expired at 1pm on Wednesday 1st August scores of people called in to Victorstone to complain, an action supported by Solfed members from a number of our different local groups. Victorstone found the sheer number of calls overwhelming and by 3 o'clock they had contacted the tenants to offer to repay the money.

As tenants ourselves, or otherwise working class people seeking acceptable housing, we see the struggle against exploitative letting agents as being a collective one. We are ready for more struggles like this one. We encourage people who are treated like this to treat the experience as political and we want to hear from anyone who wants to talk about how to take a stand.

This article was published on 26 July 2012 by the SolFed group in South London. Other recent articles: