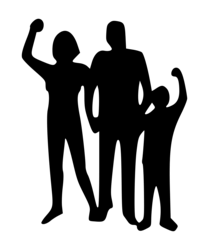 This past Monday saw well over a-hundred radical workers and student activists gather in the Marchmont Community Centre to hold a 'public assembly' on the upcoming June 30th strikes.

SolFed was well represented with a combined total of about ten members in attendance from both London Locals. The main topics of discussion was how to make June 30th an effective day of action in support of striking teachers and civil servants and how to generalise the struggle and take effective actions against the budget cuts and austerity being forced on our class. Although different groups and individuals had different ideas of what the term meant, direct action seemed to be the order of the day. While many in attendance were obviously enthused by the occupations and assemblies being held in Spain (a sentiment we can certainly agree with!), SolFed's call for 'economic blockades' were very well received. Beyond this, preliminary plans were hatched to have roving marches from picket line to picket line and to collectively reach out to private sector workers and non-unionised public sector workers. To this end, SolFed's leaflet “All Out for June 30th” received a welcome reception. We also promoted our upcoming “Don't Cross Picket Lines” and the not-yet-finished student leaflet designed to encourage school walkouts and students strikes on the 30th. As SFers made clear to the meeting, such leaflets are tools to begin a conversation. The real work of organising isn't simply leaving leaflets around, it's one-on-one conversations and group meetings with workmates, coursemates, and parents.

The meeting itself was well-chaired. This limited the influence of Trots who were there to promote the trade unions and push the party line. As stated earlier, direct action and self-organisation (the hallmark of last Autumn's student movement) and the involvement of non-unionised workers were consistent themes. There seemed to be a healthy scepticism toward what SolFed would call “mediating” institutions like trade unions, political parties and politicians.

Overall, a very positive meeting. Some good ideas and discussion came out of it as well as London-wide and borough-specific networking. The next meeting is set for Monday June 6th at 7:00pm (university venue tbc).

This article was published on 27 May 2011 by the SolFed group in North London. Other recent articles: