Below is the write-up of a successful campaign organised by a tenant and Brighton SolFed against a deduction to that tenant's deposit. The three month public campaign concluded in April 2018 with a £450 payment to the tenant, who had had £390 deducted from her deposit. Please note that the article contains brief discussion of post traumatic stress disorder.

A Brighton hospitality worker supported by SolFed has won a victory against the exploitative conditions prevalent in the local hospitality sector, as a restaurant paid £1,200 in response to pay demands made by the worker.

The public campaign in support of the worker ended after a single picket - and some back-and-forth emailing - with the worker receiving all the money she had asked for.

The worker's demand of £1200 was in relation to outstanding pay. Unusually, the worker had been told she would be paid a set weekly amount, depending on whether she worked 5 or 6 days. Her contract stipulated that she was employed and paid for 32 hours a week. However, since work days usually lasted around 11 hours, in reality she worked close to double what she had been contracted for.

Cuddly Jeremy’s fight to turn the Labour Party into a red blooded socialist party has some way to go, if Manchester is anything to go by. The city is virtually a one party mini-state with Labour holding 95 of the 96 council seats, so the perfect place, you would have thought, to start the Labour fight back against austerity and inequality in the UK. Well…, not quite! 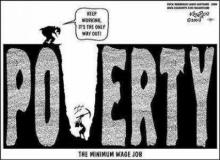 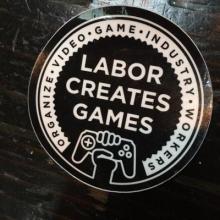 The Game Developers Conference in San Francisco (more commonly known as GDC) is one of the highlights of the game industry calendar. An annual event drawing game developers of all stripes from around the globe, it is seen as one of the premier places for developers to network, companies to show off new tech, CEOs to mingle and business deals to be made. Yet the big discussion animating conference goers at this year's GDC was something very different. Namely the unionisation of the games industry.

It's snowing. Snow is fun, and lots of us will have a rare day off today to go sledging, have a snowball fight, watch daytime TV and generally do anything we like other than going to work.
However, some of us will have to go to work despite the weather. This is some potentially life-saving advice for anyone who finds themselves layering up and trudging in regardless.

1) Do not drive anywhere under any circumstances. Avon and Somerset Police have advised not to use any roads in the region. People have had serious incidents on the Bristol roads over the last 24 hours. Don't risk life and limb for a boss who would replace you in a few weeks if anything happened. There aren't any buses running currently either, so if you can't safely walk to work, don't go in.