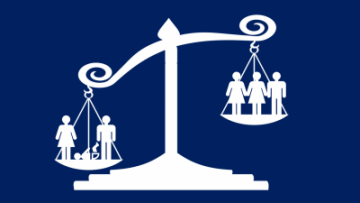 The report put the blame for growing health inequality on austerity. One of the report's authors, Michael Marmot, noted “Austerity has taken its toll over the last 10 years … from rising child poverty and the closure of children’s centres to declines in education funding, an increase in precarious work and zero-hours contracts, to a housing affordability crisis and a rise in homelessness, to people with insufficient money to lead a healthy life and resorting to food banks in large numbers, to ignored communities with poor conditions and little reason for hope”

That women’s health is suffering under austerity is hardly surprising. It is estimated that 80% of the cuts under 10 years of austerity have fallen disproportionally on women. Cuts to tax credits, increasing single-parent poverty, the benefits cap, benefits cuts under the third child policy and cuts to child benefits have been largely borne by women who still carry a large part of the responsibility for raising children in society.

Cuts to benefits have also seen women been forced to seek work in poorly-paid, part-time jobs, bogus self-employment jobs or working in the black economy in jobs such as cleaning. This constant struggle to juggle family and find enough hours of work to make ends meet is bound to take its toll. This has now been reflected in growing ill health and increased early deaths among women.

It is time not just to get angry but to get even - the Solidarity Federation runs workplace training courses specifically aimed at women who want to get organised in their workplaces. No experience is necessary, so if you are interested in getting organised with your co-workers to get what you deserve, get in touch.

This article was published on 28 February 2020 by the SolFed group in Manchester. Other recent articles: