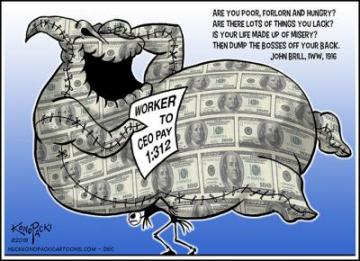 Britain’s household debt mountain has reached a new peak, with UK homes now owing an average of £15,385 to credit card firms, banks and other lenders, according to the TUC.

The study found that household debt rose sharply in 2018 as years of austerity and wage stagnation forced households to increase their borrowing.

The TUC said in its annual report on the nation’s finances that the amounts owed by British households rose to a combined £428bn in the third quarter of 2018. Each household owed £886 more than it did 12 months previously, it said. The figures do not include outstanding mortgage debts but do include student loans.

The level of unsecured debt as a share of household income is now 30.4%, the highest level it has ever been at. It is well above the £286bn peak in 2008 before the financial crisis, the TUC said. That figure also included student loans, but tuition fees then were £3,000 a year compared with up to £9,250 now.

Public spending cuts and years of wage stagnation are key reasons for the increase in unsecured debt, the TUC said, adding that working families are on average worse off today than before the financial crisis. The rise of the gig economy and zero-hours contracts are also thought to be a significant contributing factor.

The TUC general secretary, Frances O’Grady, said: “Household debt is at crisis level. Years of austerity and wage stagnation has pushed millions of families deep into the red.

The bigger question, however, is what Francis O’Grady and co are going to do about it?

This article was published on 7 January 2019 by the SolFed group in Manchester. Other recent articles: