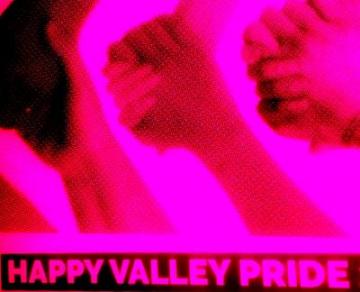 SolFed will be going along to this year's Happy Valley Pride to celebrate. We have prepared the following statement for the event.

Valley Pride and the Politics of Revolution

It’s wonderful to see Valley Pride again, this year with the enticing theme of “revolution”. It’s an invitation to take stock of where we are and what challenges remain.

Pride marches and events have generally been marked by heavy corporate marketing and sponsoring (mercifully, not Valley Pride!). The purchasing power of the LGBT+ population is celebrated and used for political leverage, implicitly assuming that we are a monolithic body of consumers who, once accepted by society, will conform and integrate into the heteropatriarchal institutions that oppressed us in the first place. Such dynamics pave the way for the incorporation of queers into capitalism and the market economy., Pride marches, however, are often sponsored by companies that despoil the planet and exploit workers. Politicians increasingly demand to lead marches while at the same time supporting deregulation of the economy, benefit cuts, creating border controls and facilitating the detention of migrants. A human rights-based agenda is put forth, focusing on acceptance, sameness and assimilation.

Rights-based approaches fail to challenge heteronormativity – compulsory heterosexuality and conventional gender roles – as instead of seeking social transformation, they foreground the politics of acceptance, recognition and inclusion into the existing power structures of society. While identifying as LGBTQ can be politically important in terms of visibility, the politics of mainstream activism necessarily employ identity-based methodologies which centre around categorising genders and sexualities in order to then work for representation and assimilation. As a result, these methodologies cannot be anything but exclusionary. Where does the gender-ambivalent and sexuality-fluid individual fit into this scheme of things? Where does the queer migrant body fit into this programme of assimilation?

State-sanctioned moves towards equality are strategies of governing that do not allow the “empowered” group to further challenge power relations in society as they are co-opted in the very same networks of power. It is a commonly held belief that strengthening hate crimes laws will reduce hate crimes. Such laws attempt to restrict and penalize individual acts; they do not deal with the systemic roots of such behaviours. Racist hate speech is punishable by law, but that has not prevented politicians of the media from scapegoating immigrants or making dehumanizing comments without any consequences.
Same-sex marriage has been presented as the panacea to all our problems. But this often leaves trans or gender-queer people out. Advocates of same-sex marriage have also argued that same-sex marriage with EU citizens could serve as an access route to citizenship for queer migrants and refugees. Only a fraction of refugees, however, would benefit from this. Instead of trying to make immigration and asylum processes more queer-friendly, we should oppose the centrality of marriage in regulating citizen status and oppose the violence of borders overall.

One final thing. Liberation and equality will not come from queers assuming positions in the military, police or parliament. The military, as a straight institution, stands for hierarchy, authoritarianism, prejudice against the “other”, macho values and toxic masculinity. The struggle towards liberation is necessarily a struggle against class inequalities, transphobia, nationalism and fascism. LGBT liberation will not come through the brutalization of others deemed the “enemy” and will not come through queers taking positions in structures of power and domination. Otherwise, we swap one set of gains for losses elsewhere; we get our bits of freedom at others’ expense.

This article was published on 19 July 2018 by the SolFed group in Manchester. Other recent articles: