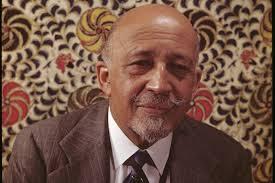 The Black Lives Matter movement across the world has certainly created a space for resistance against racism, white supremacy and the dynamics of colonialism. Colonialism in the past but also the remains of colonial ideas in the present. The idea that black people and People of Colour, should be "grateful" to the society that offers individuals work and, sometimes, offers asylum and refugee status, is a product of that old colonial mentality that we have to destroy at its roots. The uprooting of the Edward Colston statue that seems to have caused so much uproar is a sign of this on-going and all-pervading colonialist mentality. Surely, it is argued, Colston has brought benefits to the city (of Bristol) and supported in his time a wide range of philanthropic initiatives. The other aspects, the fact that he was a slave trader, can be conveniently put aside as "not relevant" to today. But if you walk past that statue every day, and if you continue to suffer racial discrimination, these other aspects are certainly relevant. Part of the legacy of colonial mentality is that things can be nicely separated off; on the one hand, charitable work and benefit to the city; on the other, the nasty racist side.

Back in 1944, as the Second World War was coming to a close, the African-American activist W.E.B. Du Bois wrote in the American Journal of Sociology the following words:

“Not only does Western Europe believe that most of the rest of the world is biologically different but it believes that in this difference lies congenital inferiority; that the black and brown and yellow people are not simply untrained in certain ways of doing and methods of civilization; that they are naturally inferior and inefficient; that they are a danger to civilization as civilization is understood in Europe”

While we may quibble with the wording, the sentiment is correct and - lamentably - is still true for many people in this country. Again, we need to root out this kind of thinking, the idea that some should have fewer rights because of their colour, gender, sexuality or ability. Anarcho-syndicalism fights for a world of true equality, for all people to be valued as they are and also for no limits to be placed on people's horizons to enjoy a fulfilled and satisfying life free. In addition to fighting for an end to racial domination, we also fight for an end of the domination of one class over another - managers and company bosses over workers. And we have a history too. When Du Bois was writing, our movement had been pulverised by war and the rise of fascism. But before, it had been in the vanguard of opposition to colonialism, imperialism and race hatred. Way back in the 1920s, French anarchists opposed the racial divisions fostered on France's colonised populations in Africa, Portuguese anarcho-syndicalists opposed the Portuguese state's violent colonial repression in Angola, Mozambique and other African colonies and the British periodical Freedom in the early twentieth century argued for self-determination in India. As a movement, we need to recoup that past but even more importantly we need to be (and are) on the side of those who because of class, race, sexuality or other factors, are crushed by this capitalist system that thrives on division, destruction and disharmony.

This article was published on 10 June 2020 by the SolFed group in Manchester. Other recent articles: