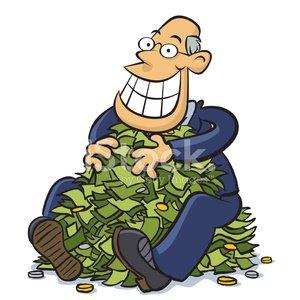 After the collapse of Carillion, anyone with a modicum of common sense could see that the policy of outsourcing is, shall we say, just slightly problematic. But not the free market crazies currently running the country. It has now emerged that the lifetime value of outsourcing contracts awarded in 2017-18 rocketed by 53%, from £62bn to £95bn, with nearly £2bn in contracts being awarded to Capita and Interservice, despite both recently issuing profit warnings.

In yet more proof that capitalism is alive and well, the “pin-up couple” of the landlording world, Fergus and Judith Wilson, have again hit the headlines. The couple first gained notoriety when they attempted to bar “coloured people” from renting their properties, claiming that, because they cooked curry, the homes smelled. This was followed by an attempt to evict a single women for the crime of getting pregnant. Last month, the couple were fined £25,000 for failing to comply with an enforcement notice ordering them to supply hot water to a disabled tenant. Now, in yet more controversy, they are set to evict some hundreds of tenants from their homes.

The Wilsons began acquiring houses in 1991 and built up a lettings portfolio of 700 homes across Kent, worth an estimated £200m. It would seem they are now planning to sell off all their homes and retire, “take life easy” and enjoy the benefits of their hard earned income. Hard earned, in the sense that they borrowed money to buy houses, which were then rented out, after which they sat back – apart, that is, from spending much of their time trying to ensure minorities could not rent their homes – and watched the value of their properties rocket.

The couple have already started sending out the section 21 eviction notices to tenants living in Ashford, Kent, which, under the law, gives them just two months to vacate. Many of the tenants involved have children and face homelessness. Under current legislation, tenants can be evicted for any reason after the first six months of an assured shorthold tenancy. Evictions from private rentals are now the cause of 27% of homelessness.

Cllr Gerald White, the cabinet member for Ashford Borough Council housing, said “Mr Wilson is a landlord; he is well within his legal rights to do what he wants with his properties, whether that’s to sell or rent them”, going on to state that, “if people need help they should contact our housing option team.” This will, no doubt, go a long way to reassure the Wilsons’ tenants who are facing homelessness; after all, there are currently only some 1,500 people on Ashford’s housing waiting list!

This article was published on 16 January 2019 by the SolFed group in Manchester. Other recent articles: