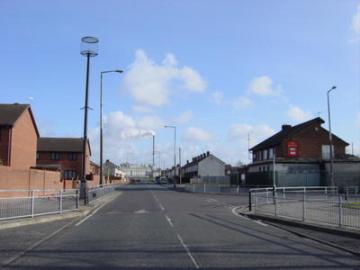 Liverpool Solidarity Federation expresses its condolences to the family and friends of James and Thomas. We also  hope that, one way or another, Sonae ceases to pose a risk to the lives of its workers and those living nearby once and for all.

Image: The Northwood estate, Kirkby. The Sonae factory is visible in the background.

This article was published on 9 December 2010 by the SolFed group in Liverpool. Other recent articles: