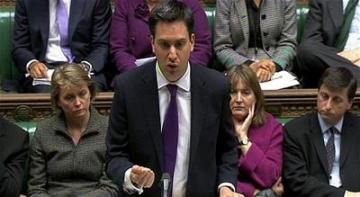 Some see the current attacks on our jobs, services and living standards as merely Tory cuts or Lib Dem sell-outs. This is fundamental mistake. In reality the attacks constitute a total onslaught by the entire political and economic elite on the working-class as a whole. As chancellor, Alistair Darling promised to implement cuts that would be “deeper and tougher” than during the Thatcher era if Labour won the last general election. Labour politicians were first in line to milk the expenses system, tax pensions, send young working-class men and women to fight neo-con wars, enact increasingly authoritarian laws, privatise public services through the back door, as well as introduce university tuition fees despite promising not to, and the list goes on. The fact is, the career politicians of the left are no better than those of the right, they both play the same corrupt and grotesque party political game. Right now, both conservative and supposedly socialist governments around the world are inflicting austerity measures on their citizens, making them pay for an economic crisis they did not create.

The cuts will not be defeated through the ballot box by voting for candidates offering voters lukewarm reforms and a few more crumbs from the tables of the wealthy. They will be defeated through mass, self-organised campaigns of direct action on the streets of our local communities, on the student campuses and on the picket lines. The current struggle must also be part of the longer-term fight against all forms of exploitation, wage slavery and social injustice. As anarcho-syndicalists, we believe a new society must be built based on workplace and community self-management, without bosses or bureaucrats.

For too long, the parties of the reformist and revolutionary left have suckered in and neutralised the efforts of decent working-class militants. By now it should be clear that these parties offer nothing but false hope and inevitable betrayal. Only when we take matters into our own hands as a class, and shun those who seek to lead and control us, will we have any chance of bringing about radical social change.

As the Liverpool-born trade union militant Jim Larkin said: “The great appear great because we are on our knees: Let us rise!”

This article was published on 28 January 2011 by the SolFed group in Liverpool. Other recent articles: