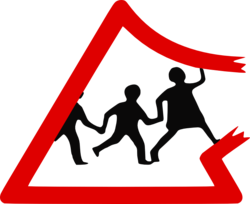 The NUT and NASUWT unions in the East Midlands, West Midlands, Yorkshire and Humberside and the Eastern regions are on strike on Tuesday October 1.

The strikes are over pay, pensions, workload and conditions. If you live or work near a primary or secondary school do your best to show your solidarity.

As of 1st September this year, schools are now free to implement performance-related pay. This will in effect result in the depression of wages and not the proposed improvement in 'quality of teaching'. Teachers will be subject to a new performance management cycle, including Oftsed-style observations, that will determine whether they will make their progression on the teachers pay-scale. Some boroughs and local authorities have decided not to adopt the new format, but many academy heads are using their new found autonomy to effectively pay whatever they want from next year on.

PENSIONS
This issue is still being talked about as part of the larger public sector pensions discussion. Most are already now paying more into pensions, working longer (67-68, possibly longer for new teachers), to get less in the end (career-verage rather than final-salary pensions and reduced lump sums).

WORKLOAD
This week saw a survey saying teachers  work on average 48 hrs a week, EVEN WITH schools holidays. That's 56hrs a week during term time for many. 'Work life balance' would seem to be a myth for many teachers. Ofsted, league tables and constant goalpost-shifting are to blame for a lot of it.

CONDITIONS
As well as the long hours and the 'anxiety that never ends' of Ofsted, many teachers are finding their general working environment much less pleasant. Many new academies no longer have staff rooms. The new Ofsted framework makes it much easier to bully and sack teachers, and increasingly, people whose 'face doesn't fit' are being targeted - often union reps, older teachers, women, and those with children or care responsibilities. Additionally, academies can now employ non-qualified teachers on much lower wages, further deskilling teaching while exploiting those that take up such posts - all this despite surveys showing parents want their kids taught by qualified teachers.

Teachers in the North East, London, the South East and the South West will strike on October 17. There will be a national one-day teaching strike in November but a date hasn't yet been set.