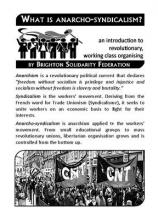 This is a leaflet we produced in August 2009, explaining some basics of anarcho-syndicalism.

If you want a copy, please get in touch with us, or download the attached pdf file.

Anarchism is a revolutionary political current that declares “freedom without socialism is privilege and injustice and socialism without freedom is slavery and brutality.”

Syndicalism is the workers’ movement. Deriving from the French word for Trade Unionism (Syndicalisme), it seeks to unite workers on an economic basis to fight for their interests.

Anarcho-syndicalism is anarchism applied to the workers’ movement. From small educational groups to mass revolutionary unions, libertarian organisation grows and is controlled from the bottom up. 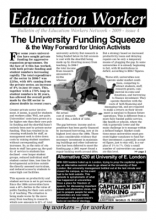 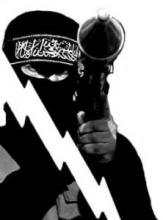 Leaflet produced for a demo against the BNP launching a local branch in December 2008.

The BNP believe in much of the worst in society. Thugs in uniform kicking down immigrants doors at dawn and forcing them into detention camps without trial. Attacks on the organised working class. Playing one racial community against the other. Christian fundamentalist bigots in charge of communities. Destroying social institutions such as the NHS. These are some of the dreams of the BNP. They are also new Labour policy, and currently ongoing before our eyes.

A top London restaurant paid only £1.50 an hour to a kitchen porter.

Cesare Copeta, a member of the Solidarity Federation's South London local, was employed by The Food Room, owners of The French Table restaurant in Surrey and the Tom Ilic restaurant in Battersea, which is currently listed in Time Out's Top 50 London restaurants.

He was employed as a kitchen porter at the Tom Ilic restaurant and had applied for the job through an advertisement in the Department of Work and Pension's Jobcentre Plus database. 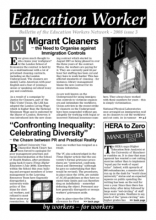 On 24th of April, our comrade Mónica, a barista at the multinational Starbucks, was fired.

The district manager himself, Tomas Pinto, recognized the unfairness of the dismissal, and declared that her "profile was not suitable for what they were looking for". The surprising thing is that he drew that conclusion after she had been working for the company for a year and a half.

The fact is that Mónica was starting to organize the CNT Union Section at the company. She
did not notify her union membership and her position of Delegate of the Union Section, but during all her time in the company she fought for her rights and dignity as a worker. For example, during the Holy Week she refused to double her working shift because the shop manager did not tell her if it was going to be paid ovetime. 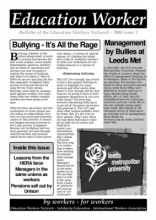