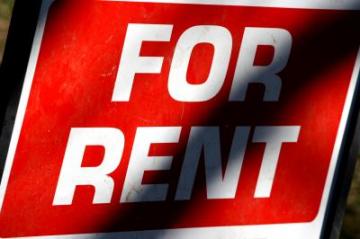 Brighton Solfed has been supporting an international student who had been badly treated by a lettings agency. Here is her story.

I got in touch with the agency after browsing Rightmove for properties to rent. Since I was away, a friend of mine went to view it on my behalf. They were nice in the beginning, like every other agency, but I needed time to consider after few enquiries. However they kept mentioning that the flat received a lot of interest and asked if I still wanted it. It made me feel quite pressured. So I paid the holding deposit of £650.

I thought the holding deposit was excessive and unreasonable. I had doubts about paying such a high price upfront. But the agency said that there was another viewing for that flat in 10 minutes and assured me that I would not lose the money as long as I proceeded with the tenancy application.

They weren't absolutely clear about the conditions of the holding deposit - but they did say they would only keep it if I chose not to proceed. There was an implication that I would get my money back if the agency or the landlord decided not to proceed – which is what happened. But they still took my money.

Of course, despite me paying a £650 holding deposit, the terms of the tenancy would be subject to the contract, which was not even written yet. This meant they could still change whatever they wanted. In my case the agency tried to change the advertised moving in date without my agreement. They wanted to postpone it without my agreement, and referred to it being “subject to contract”. So if I said no, I would lose the deposit. How is it fair that they could hold my money against me and change the terms of tenancy in their favour! Also, they only stated that the deposit would be deducted from the total cost of rent, security deposit and agency fee due UPON moving in as administration/service fee, guarantor check, personal reference, etc. They also made a whole list of minor mistakes.

Then everything went horribly wrong. My initial guarantor refused to proceed- she did not want to sign the guarantor form because it seemed too threatening. So I asked around my friends for help. Finding a guarantor can be very difficult for an international student. A friend's mother had an ex-colleague who was British and I got his email so I just sent him the form. Next thing I know the agency called me up, accusing me of lying for having no guarantor and subletting. Apparently the proposed guarantor called the agent for enquiry and somehow they both must have assumed that he, a complete stranger to me, was acting for my friend instead of me without clarifying with me first. I was shocked because I didn't know what had gone wrong. I tried to explain my situation but the agent did not give me the chance to – he told me he had already spoken to the landlord and they had decided to terminate the tenancy!

The way they treated me made me feel very upset, it led to stress and anxiety. I did not deserve to be shouted at on the phone and being called a liar. It shows a lack of competence, professionalism and respect by the agent. Over the course of my dealings with him, I felt that many incidents connotated a sign of his biased and prejudiced attitude. I felt that I was being treated as lesser, partly, if not mostly, because of my status as a student, an international student. I kept thinking that a local, working adult would not have received equally rude or harsh treatment by him.

The start of my uni term was utterly disrupted because I ended up having nowhere to live. Searching for another place takes time and money, which I did not have because the agency held back my £650 – I really needed that to secure another house. I had to live with friends in London and Brighton, suffer additional travel costs. On top of that my part time job in Brighton had to be suspended since I did not have a consistent schedule as a result.

But I refused to be leave it at that. First I tried to claim my holding deposit back from the agent - who refused. Then I filed a complaint with K&C area manager, who decided to only return half of my money. I accepted this (with the intention of claiming back the rest later) because I needed to secure another house since I was left homeless. Then I sought the help of SolFed after reading article about them in the Badger, the student paper . They have been kindly assisting me in the process of further negotiation and a public campaign against the agency.

First SolFed heard my full account of the case and decided to take it. A small core team of 4 handled the case. They made sure that I too was constantly involved in the whole process and it is important to be part of the team. We drafted a demand letter together and they helped send it to the manager. When the response was disappointing, plans for a public campaign/picket followed. But after protested outside their office on 3 occasions, and after some discussions with the regional manager, they decided to pay up. Of course I'm extremely delighted, and relieved, with the outcome - so is the SolFed team! I'm so glad all the effort paid off.

A lot of people don't do much when they get ripped off by agencies because they don't think that they are in a position to fight back. Many people think that it is a common "norm" now for agencies to keep their money without doing any work or for any reason and get away with it as it happens to 'everyone else'. This matter falls within a grey area because the law and agency procedures do not protect tenants. Agencies can take advantage since they hold the money which they won't return unless we fight hard enough. Which is ridiculous, why do we have to spend so much time fighting our own money back? We have to stop allowing them to get away with it, to think it's okay to sit down in their offices and steal our money. Our inaction will cause more and more victims to fall into the same trap. So we should all challenge their arbitrary procedures.

It is dangerous for such procedures to exist because they are unfair and unjustified to tenants. If this does not change the housing rent and deposits required to secure a house are bound to increase, allowing landlords and agencies to be even more selective with their tenants than they already are. Living in an ideal house is a very important part of our life but it comes with the least protection, making us feel extremely vulnerable. Everyone should have the right to live in a secure, carefree, clean property in the right working order without any pressure to accept less/worse for having no choice. Sadly this has never been the case in Brighton. This campaign is important to me because I know how frustrating, disappointing and upsetting it feels for going through so much trouble in vain, and I wish that others will never have to experience the same. I hope that this campaign helps in raising awareness and for people realise that they are not alone and together, we can also help others and make an impact.

Previous posts on this dispute:

This article was published on 18 December 2015 by the SolFed group in Brighton. Other recent articles: