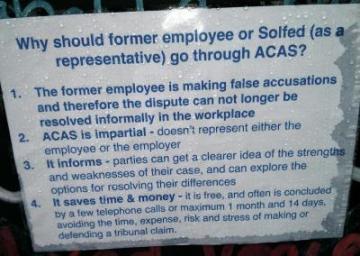 Yolanda worked at Caffe Bar Italia from May until September 2014 on a 20hours/week contract at £6.50/hour. However the cafe management didn't pay her for the contracted 20 weekly hours as she was sent home whenever this suited the cafe - in violation of her legal contract. On top of that she wasn't paid her holiday entitlement. Yolanda then approached us for support.

In late November we went to Caffe Italia to hand over a letter explaining the situation, and to have a chat to find an amicable solution.  We acceeded to several of the cafe's requests to be given more time until a meeting was agreed in the presence of their solicitor for December. The cafe cancelled this with 2 hours notice, refusing to communicate further. At the same time the cafe put pressure on Yolanda through mutual friends. This left us with no option but to start our public campaign on 13. December, which we have maintained since. Soon after, Yolanda left the UK - if it's hard to live on a part-time minimum-wage  job, it becomes impossible when you don't get paid for nearly half your contracted hours.

Our pickets aim to draw attention to the practices at Caffe Bar Italia, which we call on members of the public to boycott in solidarity with Yolanda. The cafe has called the police on numerous occasions - who turn up and inform the cafe that we are perfectly entitled to make use of our right protest. The cafe has also spread disinformation, made (empty) legal threats against us and characterised our protest as a form of "psychological harassment". For some reason cafe management also constantly keep rearranging the signs outside. However it is very simple: if the cafe want us to go away they only need to pay Yolanda the money she is owed - or even come to any settlement that Yolanda can agree to.

Why not go to ACAS?

In Yolanda's case conciliation through ACAS is not an option because she has left the country and the 3 month time limitation has passed. The cafe knows this full well, yet they keep telling their customers misinformation thinking they are gullible enough to fall for it.

ACAS is often not a practical solution. Many hospitality workers don't understand their basic rights very well, let alone the complicated bureaucratic procedures to enforce them. The cafe claims that ACAS conciliation only takes 6 weeks - but try explaining to your landlord or gas company that you will pay your rent or gas bill a couple of months late because your boss wants you to go through ACAS before he pays you!

Conciliation through ACAS is entirely voluntary for both sides, unless a worker wants to go to take it further. Under recent legislation, a worker who wants to take their grievance to an employment tribunal they have to initially start conciliation with ACAS, within the set time limitations. In addition they will have to pay an issue fee and a hearing fee amounting to a total of £390 in cases of wage theft, or £1200 in more serious cases such as unfair dismissal or discrimination. The delay until the employment tribunal hearing can be quite long - half a year is not uncommon. Thus an employer who routinely violates the most basic rights - like not paying a worker in full - is able to drag it out for months, make the worker jump through all kinds of hoops (see the flow chart from Citizens' Advice Bureau), and make the worker pay fees that could be close to the amount owed. We believe that these mechanisms are not neutral - they are designed to make casualised workers powerless and exposed to the whims of the employer.

The reason the cafe would prefer to channel the dispute into bureaucratic mechanisms is that they are ashamed and don't want us to make it public. 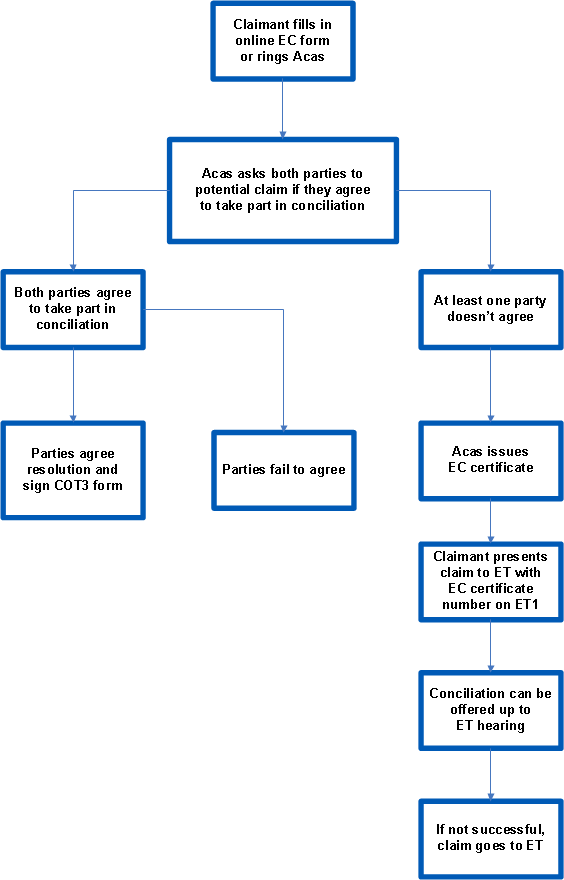 How do you know that Yolanda isn't lying?

If you've ever had to work for a living you will have a good idea whether it's the boss or the casualised worker who is more likely to try to exploit the other and then get all indignant and righteous about it.

But in this case we have documentary proof : an email from Yolanda's ex-boss states that this was a 20h/pw job and her P45 shows that she was paid for many hours less than that. Of course the cafe now claims that this contractual agreement was subsequently changed verbally - but naturally they cannot prove that Yolanda agreed to this. Perhaps it is not surprising they refused to give her a proper written contract when she asked - they think this allows them to do whatever they want.

As for the holiday pay, cafe management have admitted in an email to us that they have failed to pay her legal holiday entitlement - though for some reason they still treats it as optional.

The cafe also threatened to take us to court for "libel and slander". As you can see we're still here - why do you think they hasn't taken legal action?

Why don't you protest about people who *really* suffer, like Palestine or starving children in Africa?

We believe we should fight injustice where we can have the biggest effect: by organising in our own workplaces and communities. Empowering ourselves in this manner does not cause war in Palestine or starvation in Africa - quite the opposite, if we are strong we are able to extend our solidarity to support others. Even a cursory glance at history shows that social progress is the result of ordinary people fighting to improve their lives.

It's also possible to care about more than one issue at a time - and many of us are actively involved in wider political movements. In fact Solfed belongs to the IWA, a federation of anarcho-syndicalist unions whose most fundamental principles includes internationalism, and we organise regular global solidarity events.

What if he goes out of business?

If a cafe can only survive because it doesn't even pay the bare legal minimum, do you really think it should? We don't think so. If a business isn't viable it's not the workers' fault. Some bosses in Brighton's hospitality sector systematically underpay workers and then fire them when they ask for the most basic rights - we want to put an end to such practices.

Why are you doing this? get a life!

This is our life ! Many of us work in very casualised conditions, so to get by we need to support each other and stand up for ourselves. The hospitality industry is full of bosses who prey on workers in a vulnerable position - often migrant workers with language issues, who are unfamiliar with workplace rights. Some workplaces are dangerous and cause injury, some bosses subject workers to sexist or racist abuse or to sexual harassment. These things are only possible because hospitality workers have so far not been organised enough - and that's what we want to change.

Yolanda's case is very typical - the same things happen to hospitality workers every day - but this also makes it exemplary. For every public campaign we organise, there are 5 workers whose case we help resolve amicably - and probably a lot more cases that workers resolve without us even hearing about it but where a boss gives in because he knows about BHW.

We want every hospitality worker in Brighton & Hove to know: if you're getting ripped off or are subjected to any other kind of abuse, you can stand up to your boss because we will support you.

This article was published on 3 April 2015 by the SolFed group in Brighton. Other recent articles: