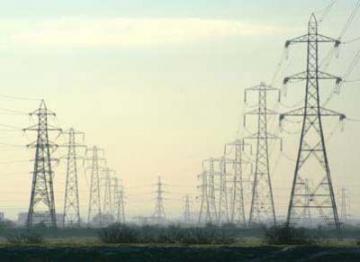 A SolFed member who has worked as an electrician since the late 1970s shares his experience of the electric supply industry, privatisation and trade unions.

I started an apprenticeship at 16 from school in the local electric company. It was then a nationalised industry and everyone was in one of the recognised (by the company) trade unions (a closed shop). There were many different departments and staff could move between them as workload dictated. As an apprentice I spent time in each department to give me experience of each and to hopefully decide in which one I would ultimately stay.

There were problems with management as in all workplaces (still very much us and them), there was also a great divide between office staff and the industrial staff (we never mixed). I think that was due to the fact that they (the office staff) would work as normal when we were in dispute and their wages and pensions were far more generous.

The unions had many nationally negotiated agreements with management. Our particular union was extremely right-wing, the full-time official always consulted privately with management before listening to our grievances. We eventually formed a break away union that was under the umbrella of one of the other main recognised unions but this created divisions between us and the colleagues who remained. As bad as this was from a solidarity point of view I could not have paid subscriptions to that bunch of phoneys any longer (a Pyrrhic victory I know).

We were privatised in 1990 and received our 30 pieces of silver in shares, but to be fair I knew of no one who admitted to be in favour of privatisation. However, there was no campaign to try to prevent it that I was aware of. Just prior to privatisation a number of the better shop stewards were sacked, all very convenient for the calamity that was about to befall us.

The first assault was to split up some of the business into separate parts each with their own management and budgets, this had the desired effect of isolating the various sections of the work force which enabled the implementation of different wage structures and conditions. The company was then able to use its mantra: "though the main business has made millions we cannot give you a wage increase as the regulator will not allow us to cross-subsidise to other parts of the business".

The second was their weapon of mass destruction which is still often wheeled out when a purge is required. I speak of nothing less than the TUPE (transfer of undertakings) which has all sorts of assurances and guarantees that when you’re transferred to the new company all your pay and terms of conditions are protected. This, as you may guess, turns out to be another load of bull, after a certain amount of time you will usually end up out of work or with a far inferior paid job and this obviously with the connivance of your trade union who you have been paying subs to for years. You may also be given the option of redundancy or applying for any vacancies within the main company, but rejection after rejection takes its toll and very few find this to be the route to their salvation.

The company has also been very busy allowing a host of other smaller companies to be trained and authorised to work on the electric network, this allows them to have little fear of industrial action as they have a ready-made replacement workforce waiting in the wings. Some of these companies employ some of the staff who were TUPE to other companies and feel aggrieved at their former colleagues, so any solidarity from them is unlikely.

Our company has been taken over a number of times each resulting in fewer workers but strangely management seems to increase. You cannot draw any other conclusion than it is the company’s ultimate goal to prevent us from being able to carry out our jobs and then make a business case for passing it all over to subcontractors with us via the dreaded TUPE.

The corporate image is a joke. We regularly receive colourful proclamations and requests for our input, but in reality are advised to be quiet and just carry out what you are told. I recently attended a team briefing where we were read out a company proclamation which stated it was our duty to highlight any matter that we were not happy about carrying out. That same week I attended a briefing on company policy concerning a technical matter, after listening to the lecture it was pointed out to the manager that the policy was flawed and did in fact pose a danger if implemented. The response from the speaker (who obviously did not have the knowledge to understand the point) was that if you did not like it you could resign. The company knows that further down the line, if an incident does occur, then they can pull out their announcements that we were all sent and show everyone that obviously they had done all in their power to prevent an incident.

One final point I feel that should be made is about the myth that private companies cannot be inefficient. Believe me when I say that the company that I work for jumps from one debacle to another, carrying out costly reorganisations without any benefit, lots of managers and very few productive staff. It’s a good job that it is a private monopoly and even the most incompetent people cannot fail to make a profit.

It is blatantly obvious that the trade unions we have paid into all our working lives have failed us dismally, at best it could be described as incompetence, but a more accurate term would be complicity. The only way forward, I believe, is for us to reject the old structures that have continually stifled our aspirations and form one revolutionary union controlled completely at every level by the membership.