We offer our solidarity and compassion to the people in the US and UK bravely resisting the structures of white supremacy and systemic anti-blackness which are endemic in our societies. The murder of George Floyd has furthered a global movement which is provoking tangible change in many countries. Resist the media narratives of chaos and brutality; these protests are courageous, well-organised actions by communities seeking to abolish the structure of racist state violence.

Dockworkers across the USA stopped work on the 9th June in a show of support for George Floyd and the Black Lives Matter movement.

Workers with the International Longshore and Warehouse Union (ILWU) stopped work and lay down their tools for an 8 minute and 46 second moment of silence in honour of George Floyd and all victims of police brutality.The 8 minutes and 46 seconds is representative of the amount of time George Floyd was pinned to the ground by Minneapolis police officers on May 25, 2020.

The Black Lives Matter movement across the world has certainly created a space for resistance against racism, white supremacy and the dynamics of colonialism. Colonialism in the past but also the remains of colonial ideas in the present. The idea that black people and People of Colour, should be "grateful" to the society that offers individuals work and, sometimes, offers asylum and refugee status, is a product of that old colonial mentality that we have to destroy at its roots. The uprooting of the Edward Colston statue that seems to have caused so much uproar is a sign of this on-going and all-pervading colonialist mentality. Surely, it is argued, Colston has brought benefits to the city (of Bristol) and supported in his time a wide range of philanthropic initiatives. The other aspects, the fact that he was a slave trader, can be conveniently put aside as "not relevant" to today. 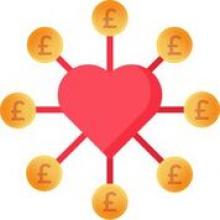 Applause is lauded at NHS workers; ideas for re-compensation; a daily service supplement; an increased hourly rate; even a medal for working during the pandemic. Many of us in the NHS work shifts - day and night - throughout the year. It is not just a virus that killing us, our shift work is too. The World Health Organisation declared in 2007 that shift work is probably carcinogenic (Straif et al 2007 #1). Studies such as Gu et al (2015 #2) have shown us that shift work, especially nights increases our risks of cardio vascular disease, mental health issues, lower immunity, cancer and ultimately our mortality.

Rather than working our life away for minimal financial compensation would we not rather have our life given back? Striking a better work / life balance: a reduced working week without being financially penalised. 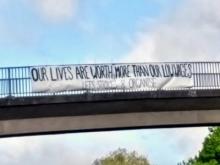 There has been a lot said since yesterday about health and safety at work, and workers' S.44 right to refuse unsafe work. The right to refuse dangerous work is vital and the fact that more people are being made aware of this right is great to see.
However, the law only goes so far. Bosses regularly break all kinds of laws. The only legal way to enforce these rules in the workplace is through an employment tribunal which is an expensive, complicated and time-consuming process.

If this was not bad enough, as a result of the Corvid-19, many universities are making temporary staff redundant rather than putting staff on furlough. With universities now facing an £8 billion deficit as a result of Covid-19, there can be little doubt that this is part of an overall strategy that will lead to cuts to jobs and pay in the future. 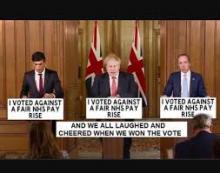 Whatever happened to free market solutions? Since the dark days of Thatcherism, we have been told that the state is inefficient and things should be left to the free market. Yet here we are in the middle of the coronavirus crisis and free market solutions are nowhere to be seen. Instead, it has been the state that has been forced to step in and prevent the economy and society from collapsing amid the chaos of an out of control pandemic.