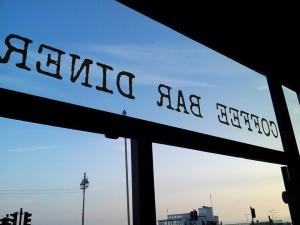 Brighton Hospitality Workers was approached in May by a Kitchen Porter, at an upmarket and busy restaurant on the seafront, who had been laid off without 7 days’ notice period pay and with unpaid wages and holiday entitlement. An all-too-common situation in a city where bosses flagrantly breach employment law to squeeze as much from the workers as possible, in the full knowledge that the local authorities, trade bodies or established unions have no interest in challenging them.

The militant attitude of the worker was inspiring, as was his resolve to get involved at every stage of the dispute. It emerged that he was paid a fixed wage regardless of the hours he worked, and he was routinely expected to work in excess of 50 hours per week despite this amounting to less-than-minimum pay, sometimes not much more than £4 p/hour. Incredibly, this was included in his contract, making it a blatantly unlawful document. As well as owed wages issues, the worker was also in dispute with the boss and head chef over the circumstances surrounding his departure – they falsely claimed he had walked out, when in fact he was not included in a shift rota which prompted him to return home. They then claimed he had worked the 7-day notice period over the previous week despite the fact that he had told them he wanted to work for several weeks more. Luckily he kept emails and texts of all shift patterns and correspondence with management that proved them wrong.

A demand letter was drafted, including a deadline after which we’d take further collective action, and 2 BHW comrades supported the worker to deliver this to the boss. The boss accepted the letter and engaged with the worker but told him that he didn’t recognise SolFed’s role in the dispute, at which point the bosses’ wife became verbally aggressive and threatened to call the police if we didn’t leave the premises. A further meeting was arranged and the worker was accompanied by several SolFed members, some of whom remained outside during discussions. This time the boss was in a more conciliatory mood and agreed to respond to the demand by email. He said he was busy on weekdays working as a financier in the city of London, to which we replied that he’d therefore have no trouble finding the money to pay up in full.

Claim and counter-claim were made by email and during this ex-change the worker provided proofs and stood firm by his demand despite attempts by the boss to discredit it. A further meeting was arranged in which we successfully argued that the notice pay demand remained, and the boss agreed in principle to pay in full. At this point we decided to suspend direct action against the restaurant. However, the boss then submitted an offer lower than the original demand and we responded with a deadline for full payment before making the conflict public with a leaflet & picketing campaign. The worker eventually accepted an offer that was £50 less than his original demand, calling this a partial victory and preferable to a potentially long-running conflict over the stolen £50.

A pattern developed during the dispute that we’re familiar with - the boss reacts angrily and threatens us with the police on first visit; reads the demand and realises that it’s lawful and that we’re not going away, attempts to negotiate down the money owed, and finally tries to end the dispute on his own terms by withholding a paltry sum so that his status remains intact. When we reviewed the dispute it was agreed we should have taken direct action earlier on and should not have given the boss any opportunity to retain control of the situation, a valuable lesson we’ll be bearing in mind in future conflicts. The truth is that the £50 withheld from the worker was negligible in terms of the restaurant’s turnover, and that the capitalists are ideologically driven by power and status to the extent that any form of confrontation is regarded as an attack on their entire identity, and any concession made by them, however tiny, is a sign of weakness. We’ll continue to support workers in making demands of the bosses and believe that reversing boss-worker relations is at least as important as winning back the stolen pay, the struggle has only just begun!

This is solidarity, not charity

This article was published on 15 August 2015 by the SolFed group in Brighton. Other recent articles: