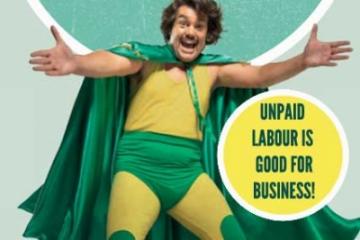 Sector-Based Work Academies (SBWA) combine work experience-style placements with a short job-related training components. Launched in August 2011 SBWA are one of the Government’s 5 workfare-centred labour reform schemes in which unemployed people are compelled to perform unpaid work for private companies.

Unlike Mandatory Work Activity (MWA), the Work Programme (WP), and the Community Action Programme (CAP) the Sector-Based work Academy is open to Jobseekers Allowance and Employment and Support Allowance claimants who are over 18 and is voluntary, but sanctions (loss of benefits) may be imposed if a claimant withdraws from the scheme after it begins (source).

SBWA is offered in conjunction with businesses with the benefits it offers to the employer at its heart: the scheme is “designed to help meet your immediate and future recruitment needs as well as to recruit a workforce with the right skills to sustain and grow your business” (source). Department for Work and Pensions (DWP) boasts of placing no expense on the employers who take part in the scheme and are in receipt of what is clearly a subsidy to their businesses, having workers trained-up on their behalf while having them at their disposal as unpaid employees.

Training is provided at further education colleges and private ‘training providers’, but the whole programme – including the training and the unpaid work placement – lasts up to six weeks. The value of this training - which lasts at most two weeks - is highly dubious. One of the more high profile workfare cases involved a graduate who – in spite of already volunteering elsewhere - was mislead into believing participation in the SBWA was mandatory and had subsequently been required to stack shelves in Poundland after a week of training for the role which ‘qualified’ her with a City and Guilds in retail (source).

Southern Railways have been creeping toward increasing casualisation of their workforce and now employ agency staff on the gateline in some stations. Southern have no problem recruiting and up until now gateline jobs have come with good pay and conditions so the establishment of a government funded ‘skills academy’ with a six week ‘work experience’ element should be seen in the context of the push to reduce staff costs.

Southern claim that the scheme demonstrates their commitment to helping the community: that commitment entails the Department for Work and Pensions paying for some unemployed people do a two week BTEC module in ‘work skills’ at Croydon College before they work for 6 weeks in Southern Railways stations for no pay. The company says that 22 people have passed through the scheme, however only four of whom have been given real jobs – in other words 18 people worked at Southern for six weeks at the taxpayer’s expense before being dumped straight back into unemployment afterwards with nothing but a worthless certificate to show for it.

Sector-Based Work Academies offer false hope to those undertaking the scheme. At the end of the scheme all that the employer is obliged to offer the participant is an interview – which they must offer even if they don’t intend to recruit anybody. In addition, the DWP’s guidance suggests that if an employer does wish to recruit somebody at the end of their placement, they could pay below minimum wage by offering them an apprenticeship instead.

The Southern case is a prime example of how companies will benefit from the government’s gift of free labour in conjunction with increased causalisation to undermine the conditions and job security of their permanent staff who are being increasingly replaced by agency staff, temps and unpaid work experience placements. All of the government’s workfare, including Sector Based Work Academies – in spite of their alleged training element – are simply a way for the state to subsidise businesses at the expense of the unemployed and undermine the pay and conditions of workers.