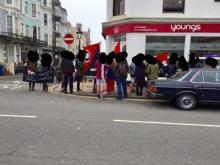 Patrick, a tenant we have been organising with for the past year, is facing homelessness after disgraceful treatment by Brighton Council, who have systematically failed to carry out their most basic duties, leaving Patrick with no protection against eviction by his landlord. For details of the history of this case see here: http://www.brightonsolfed.org.uk/brighton/the-arrogance-continues-and-so... 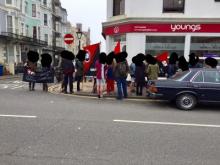 The tenant from our dispute with Youngs estate agency, Patrick, provides an update on the campaign. Patrick began organising with Brighton SolFed in December 2017 for better living conditions and for compensation and reimbursement for work he has undertaken on his flat. Following this, he was served with an eviction notice in late January 2017, in what appears to be a clear example of a revenge eviction by a landlord unwilling to undertake necessary works to bring his property up to a liveable standard. 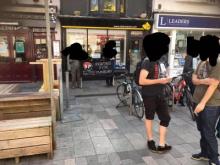 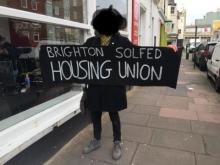 A 40-strong march to Youngs Estate Agents in Kemptown on Saturday 13th January demonstrated that tenants will not put up with their demands for repairs being ignored. Tenants demanding "Safe Conditions: No Evictions" showed they would continue to fight while the agency and landlord refuse to acknowledge the need for repairs and payment for works carried out. 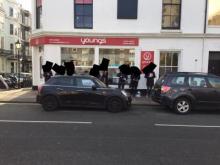