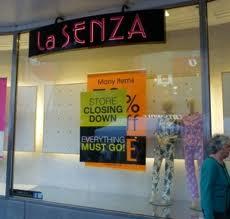 The North London local of the Solidarity Federation pledges to support the La Senza workers any way we can, up to and including organising, participating in, and promoting any action or demonstrations called on their behalf.

For Militancy, Self-Organisation, and Solidarity: Victory to the La Senza Sit-In

This article was published on 13 January 2012 by the SolFed group in North London. Other recent articles: