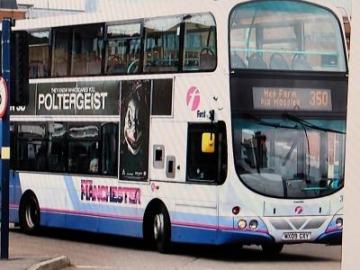 Bus drivers employed by First Manchester have announced fresh strike action in their dispute over pay. The new dates for industrial action are a direct consequence of the company’s failure to make an improved offer to resolve the dispute. The new days for strike action are January 31, February 1, 4, 7, 8, 9, 15, 17, 18, 21, 23 and 25. In effect, the 300+ Unite members will be striking for three days a week next month.

The dispute is in regards to pay and First Manchester’s refusal to honour the anniversary date of August 1 (when the pay increase for 2021 was due to come into effect) and to backdate the pay increase from this date. Bus drivers are also unhappy about a new roster system the company is attempting to impose.

First Manchester is part of First Group which is the second largest bus operator in the UK. The company is extremely wealthy, it recorded an operating profit of £224.3 million in 2021 and it has accessible cash reserves of £776 million.

This article was published on 24 January 2022 by the SolFed group in Manchester. Other recent articles: