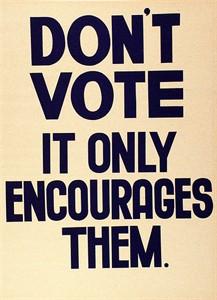 The 1945-1951 Labour Party is a good modern example of this, we hear the heroic tales of them giving us the NHS, the welfare state etc but again it was the threat from below that drove the establishment to do it, as the Tory MP Lord Hailsham said in 1943 ‘If we don't give the people reform they will bring us the social revolution.’

As the general election draws near people's hopes are being pinned on Jeremy Corbyn to rescue us from the cruel corporate rule we live under now but even if he wins, the party he leads is divided and his manifesto will be hard to stick too.

Again, we will have to organise ourselves and fight back. Rather than fight to force our rulers to deliver their promises we should put that energy into not needing them in the first place. Instead of nicer bosses paying better wages, run the businesses ourselves, the people who do the work should make the decisions together. Instead of waiting for government to direct our society and infrastructure, do it ourselves.

People throughout history have done this, in the worst of circumstances people in Spain during the civil war managed it, they built hospitals, roads, reorganised major infrastructure all while fighting against fascism.

SolFed has been involved in successful struggles including getting dodgy bosses to pay wages they owed but thought they could get away denying.

The only thing stopping us being more than we are now is ourselves.

This article was published on 2 June 2017 by the SolFed group in Calderdale. Other recent articles: