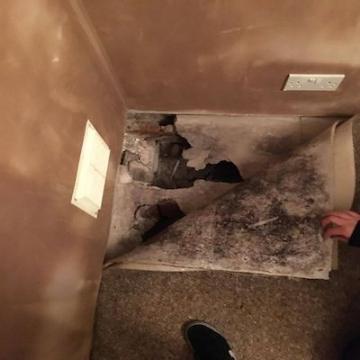 Brighton lettings agency G4Lets is facing a growing campaign by two groups of tenants organising with Brighton SolFed for the return of their deposits and for compensation after they lived in damp, mice-infested accommodation for a year, and were subsequently charged for pre-existing damage at the properties when they requested the return of their deposits. Both sets of tenants were students at the time of their tenancies.

A recent article in The Tab student newspaper highlighted the strength of feeling against G4Lets in the city. Numerous commenters on the newspaper's Facebook page suggested that they had endured similar mistreatment by the agency. Other tenants have spoken to us at the pickets and on social media to tell us of their problems with G4Lets. 'Avoid like the plague' was the advice of one former tenant. It would appear that prospective tenants are taking this advice, as some have been in touch to say that they will now not be using G4Lets having found out about their dodgy practices.

G4Lets has attempted to intimidate the tenants out of taking action by contacting their guarantors to inform them of the campaign. The problem for G4Lets is that the tenants' guarantors are in solidarity with them, because they understand the ways in which the tenants have been mistreated by G4Lets. Most recently, G4Lets requested time to review evidence that had been provided for a second time. The tenants agreed to grant them a working week to do so, in addition to the two weeks they had already been in possession of this evidence, though G4Lets did not meet the deadline with a response.

SolFed has supported the tenants in trying to find an amicable solution to this dispute, yet these efforts have been met with a refusal to engage, and now with missed deadlines. SolFed and the tenants are now stepping up our campaign, which will continue until the tenants receive adequate compensation. If you would like to support these tenants against the indifference of G4Lets, come along to the picket on Wednesday 13th December at 4pm, meeting outside Fiveways pub at 3.50pm.

This article was published on 12 December 2017 by the SolFed group in Brighton. Other recent articles: