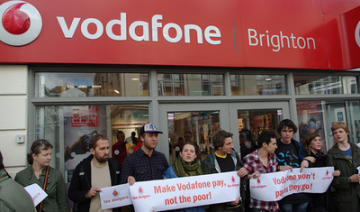 October 20th saw the unveiling of the long-awaited Comprehensive Spending Review (CSR), the coalition government’s detailed blueprint on precisely how they plan to screw the working class. Little within the CSR was a source of surprise, with cuts roughly at the level that had been predicted in the run up. While the scale was predictably significantly below the 40% that had been mooted, this was clearly an attempt to ‘soften us up’ and feel lucky the cuts were “only” 20%, as if it had been taken straight out of the pages of ‘Negotiation for Dummies’.

These attacks are directed across the entire working class, with no section spared. Savage attacks on the unemployed, sick and disabled sit alongside mass public sector redundancies, attacks on parents side by side with increasing prices through the VAT increase. Clearly, this is not an attempt to attack or discipline any section of us, but a comprehensive, wholesale assault on us all. Basic safety nets of the welfare state that most of us would take for granted are being dismantled before our eyes – this can’t be seen as just a slight rejigging of government spending, but an attempt to significantly shift the balance of class forces, and to redefine the support an individual can expect from society.

What becomes clear however, is that just as much as these attacks are clearly not about reducing the deficit or dealing with the recession (with most major economists predicting it will have the opposite effect), it is also not just a matter of ‘nasty Tory ideology’. These are the exact same attacks that any of the other political parties would have been forced to make at this point – the administration of a capitalist state requires constant attack on the working class to be profitable, and here it continues. While certain leftists may lie about or whitewash the past in order to deliberately hide Labour’s complicity (and essential role) in the cuts in order to serve the ends of their organisations, this is far too important for that – while the vast majority of the public quite rightly blame these cuts on the coalition, attempts to lumber the movement to resist them with the legacy of an utterly despised and discredited party such as Labour would clearly be suicide.

As this is an attack across all of us, it is only on that basis it can be successfully fought – the opposition to the cuts must be on a class-wide basis. It is no good a multitude of separate contesting campaigns resisting the cuts “in their area” – as this will just reduce any movement into a zero sum game whereby the exact allocation of cutting is battle out – it would be a tragedy if where cuts are successfully fought off, the government is able to merely push them onto a different section of society. Nor is it something we can win by making the correct argument and appeal to the rational judgement of politicians. The only way these cuts can be stopped is making their implementation impossible. As the anti-Poll Tax movement of the early 1990s showed, and as the current movement in France begins to reveal, the only way these plans can be derailed is if we simply do not accept their imposition, and make the country ungovernable.

This article was published on 31 October 2010 by the SolFed group in Brighton. Other recent articles: