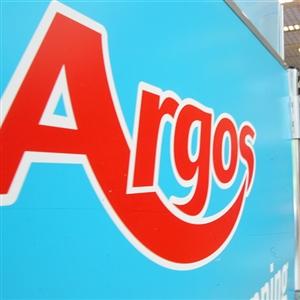 The Work Experience scheme offered through the Jobcentre Plus (JCP) is one the five workfare schemes that are currently running in the UK. Recently this has become the best known of the workfare schemes thanks to the government’s damage limitation efforts after the negative publicity surrounding its policy of making people work without wages. By focusing on this scheme and emphasising the ‘voluntary' aspect of this particular scheme it sought to distract attention from the other compulsory schemes such as Mandatory Work Activity (MWA), the Work Programme (WP), and the Community Action Programme (CAP).

Unlike the WP, MWA and CAP the placements are organised by the Job Centre itself, rather than a private company. The Work Experience scheme is open to people aged between 16 and 24, whose ‘work experience’ can last up to eight weeks, during which time they will be required to work 30 hours for Jobseekers Allowance (JSA) payments of £53.45 while continuing to look for work and attend JCP reviews. There is no expectation that the work experience will lead to a job.

Originally the guidance for the scheme allowed sanctions (loss of benefits) to be used against people who withdrew from the scheme after one week of agreeing to participate. However, to save face the government along with a number of businesses who have been taking advantage of the scheme agreed to remove this option and reemphasise its voluntary aspect. Ironically given the negative publicity, the government continues to promote business participation in the work experience scheme as a way of “enhancing your public profile by supporting your local community” (source).

How voluntary is it?

While the scheme is nominally voluntary there are nevertheless many reports of compulsion and lack of clarity, with people claiming they were not informed that they could refuse and that there was a ‘cooling off period’ in which they could change their mind. There are also reports of people being mislead about whether they’d lose their benefits if they refused to take part (source).

Furthermore, the guidance given to JCP advisers who are responsible for referring claimants to the compulsory, disciplinary Mandatory Work Experience scheme draws attention to those who have refused or withdrawn from the Work Experience scheme. It states “claimant ‘dropping-out’ of an employment measure prematurely may, or may not, indicate a lack of focus and discipline on their part” (source). And even though MWA cannot be imposed on claimants for perceived lack of experience, recent reports suggest this is used often as a way of disciplining those who don’t want to take part (source).

Any benefit to the job seeker is limited. Notably, one of the key experiences of work that’s missing from the scheme is the prime motivating factor behind employment: a wage. The government says many young people lack the skills to enter the workplace, however many of the placements have seen young people stacking shelves and performing roles for which no prior experience is needed. Placements are also made when it's debateable whether the experience they offer is something that will enhance the workers CV and make them more employable.

Paid staff at the companies accepting work experience certainly won't benefit. There is at least one report of staff being told they’re no longer eligible for overtime as a result of the availability of work experience workers (source). Jobseekers don't stand to benefit. During the Christmas peak period when shops often recruit temporary staff (or increase overtime), companies such as Argos instead stepped up to offer unpaid work experience places to the unemployed (source).  As long as free labour is available, the need for such companies to recruit paid staff to fill vacancies is reduced.

The real beneficiaries of the work experience scheme are the companies, typically highly profitable national chains that receive a gift of free workers from the government. Work Experience, along with the other kinds of workfare go hand-in-hand with increasing causalisation and precarity in the labour market to undermine the pay and conditions of all workers. Thus the continuing availability of workfare is an attack on us all.