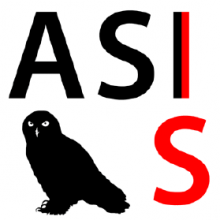 Reflections by ASI-IWA, our Serbian sister section, at the occasion of their tenth anniversary.

In previous ten years ASI has intensively supported the organizing of revolutionary libertarian workers' movement. Apart from direct participation in workers' and student strikes and protests, we are regularly publishing our weekly bulletin “Direktna akcija” (Direct Action) and sustain active publishing activities. This year, as it has for the past eight years, our publishing-research body — Center for Libertarian Studies (CLS) will be participating in The Belgrade Bookfare with the intention to make the theory and history of the workers' movement accessible to people, as well as to confront commercialization of culture, and support spreading and strengthening of progressive thought and radical social critique.

As most people will be aware, February is Serbia month in Great Britain. The British-Serbian chamber of commerce contributed by hosting an evening reception with guest speaker Dejan Popovic, the Serbian ambassador. With Serbian Anarcho-Syndicalists, the Belgrade 6, back on trial for “international terrorism”, South London and Brighton Solfed members felt it appropriate to attend.

EIGHT PEOPLE were arrested at a peaceful anti-NATO march in Belgrade on 12 June. Charges are being pressed against six arrestees for “obstructing police officers in their line of duty”. Amongst those arrested was Ratibor Trivunac, an activist with the union initiative ASI. He has been charged with “organising an unreported demonstration” despite only returning from Macedonia -  where he had been for several days  - on the day of the march.

Last year Trivunac was one of the ‘Belgrade 6’ framed on bogus charges of ‘international terrorism’, and spent 6 months in prison awaiting trial, where he was subjected to abuse and torture. At trial, the charges were dropped for lack of evidence.

We are informing the public that the State of Serbia is continuing with its repression against our organization. This time in the form of police investigation of ASI General Secretary, Milan Stojanovic, under suspicion of committing a crime of “Motor vehicle theft with burglary, break-in and threat” for which the possible sentence is up to five years imprisonment.

Namely, in year 2006 Milan was a witness in an investigation held because of the same crime and which was dismissed soon after. Now, five years later, the prosecution has dug up this case, and Milan has mystically changed his role from a witness to accused. To make things even more absurd, Milan cannot drive, actually he has never even started a vehicle.

This is only a last (for the time being) in a row of framed judicial processes against members of Anarcho-Syndicalist Initiative.