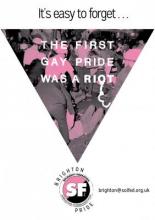 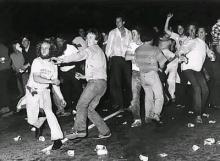 With all the world-wide Pride events taking place, it's easy to forget where and how it all began. The Stonewall Riot in NYC occurred during the year 1969, when continued police harassment at The Stonewall gay bar in Greenwich Village prompted the community to fight back. In the days that followed, thousands of people came out to protest police brutality and inequality for gay people.