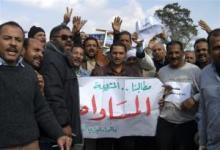 In the following conversation, Jano Charbel, a labor journalist in Cairo who defines himself as anarcho-syndicalist, talks about the character of the revolution in Egypt, the recent history of workers' struggles, the role of Islamists and unions, gender relations and the perspectives of struggles.

The interview was conducted by two friends of the classless society in Cairo in spring 2011.

Updates on the situation in Egypt can be found on Charbel's blog. 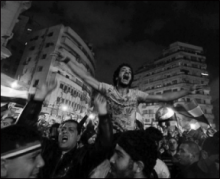 The human urge for freedom and dignity burns intensely in Egypt. We support this urge for change, for greater freedom and a chance to shape ones own life. Only we ask the question: what next?