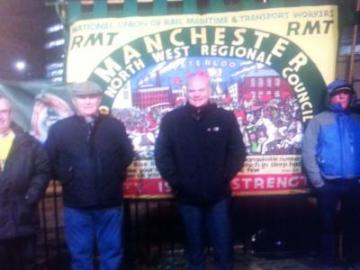 Though passengers generally associate rail guards with checking tickets and operating the doors, guards have a crucial safety-critical role on trains. Historically it is the guard who has been in charge of overall safety on trains. In the event of accidents or emergencies it is the role of the guard to evacuate the train and take safety measures that prevent collisions with other trains. Other safety roles include dealing with on board fires and assisting with overhead line isolation.

The attempt by rail companies to remove guards from trains is yet another example of companies putting profit before the safety of passengers. There can also be little doubt that the move is also designed to weaken the power of rail workers. The RMT is one of the few unions left in the UK willing to take direct action to protect jobs, conditions and pay on a regular basis. Removing the guards will weaken the power of the rail workers and make it harder to fight the bosses.

We urge everyone to support the the next day of action due to take place on 5th October.