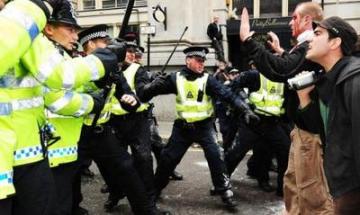 On Sunday, Solidarity Federation was contacted by a Guardian journalist regarding revelations that police in London were advising members of the public to report local anarchists as potential terrorists. SolFed's external relations officer, who is delegated by our organisation to deal with press and media enquiries, made a statement which was quoted in Monday's newspaper and can be read below.

The police have subsequently retracted their advice after it resulted in widespread hilarity amongst anarchists and non-anarchists alike.