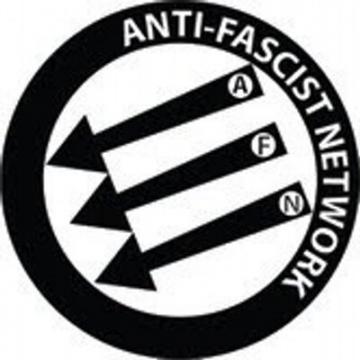 Let’s work together and continue to build a grassroots movement which tackles fascism head on. The Anti-Fascist Network is non-hierarchical, will never work with the police and is not affiliated to any political party.

The Anti-Fascist Network is a network of independent and grassroots groups working together against the rise of racism and fascism in our communities.

Anti-fascists have opposed the EDL and similar groups wherever they go. The aim of the network is to support these local actions and to join together to counter regional and national far right events, ensuring maximum numbers on the streets as well as sharing resources and providing legal support.

The Anti-Fascist Network is not about telling people how to campaign in their areas, what type of anti-fascist activity they should undertake or what political analysis they should adopt. We simply want to cooperate to defeat fascism.