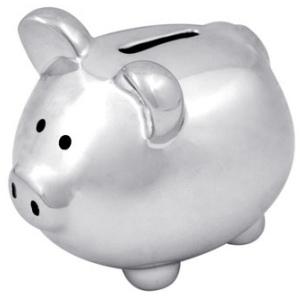 Throughout the current pensions dispute, the government has attempted to divide workers by claiming that public sector workers receive far better pensions when compared to those working in the private sector. This is certainly true. But what is never explained is just why  private sector pensions are so much worse. This is not surprising given that the vast majority of private sector pension schemes amount to little more than a license for the financial sector to make shed loads of money.

British private pension schemes charge on average 2-3% a year. This may seem modest, but what has to be taken into account is the fact that most private pension funds have only managed growth of around 4% a year over the last 30 years. As such, most workers in private schemes have seen between 50% and 75% of all growth in their pension savings go to the companies that manage them.
Somewhere in the region of £20bn is charged by pension companies in fees and expenses each year. This legalised theft of workers’ money means that it is almost impossible for private sector workers to build up sufficient money to retire with a reasonable pension income. Currently, 8 out 10 private sector workers will recieve a private pension of £1,000 or less each year, while a further  1 in 10 will  receive around £1,750 a year.  In reality this  means that 90% of those currently in private schemes will be losing more in pension credits and other benefits than they would get from their pension savings.
In this light, the argument put by the government that public sector pensions are unaffordable and have to be brought in line with the private sector should be seen for what it is: a ‘race to the bottom’ that will end in ever rising numbers of  workers living in abject poverty in old age. The place for private sector workers is to stand with public sector workers in their fight against the government cuts. Given the massive scale of the attacks on the working class, the need for solidarity and unity has never been more important. Through unity of action, the government can be defeated to the benefit of the working class as a whole.