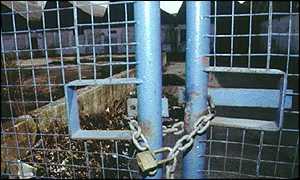 The Chartered Institute of Personnel and Development have predicted that 725,000 public sector jobs and up to 900,000 private sector jobs will go in the next five years, as a result of spending cuts and the VAT increase. While some will go through retirement and natural wastage, a lot more workers will be facing redundancy. Here is a brief guide to the law around it.

Redundancy happens when an employer ceases to carry on its business, or stops or diminishes some part of its business. The law covers England, Scotland and Wales, with different legislation in Northern Ireland, though its provisions are similar.

For a worker to be made redundant, their dismissal has to be attributable to the reduction in employees. It doesn’t need to be motivated by a company in difficulties, any reorganisation that results in fewer staff will be a redundancy.

Replacing a worker with a cheaper one is not redundancy and the worker has a case for unfair dismissal. In cases where this is done, the employer will often redefine work that was previously done by those workers as a “special project” to try to get round this regulation.  When Parker Pens made people redundant in 2008, they got experienced workers to train agency staff to replace them by threatening that enhanced redundancy pay would be lost. This was effectively an unfair dismissal, though lack of organisation on the part of the workers concerned and the meagre prospects of compensation from a tribunal meant the firm got away with it.

If a redundancy situation occurs as outlined above and an employee is dismissed this is a redundancy. Notice is required to be given, which is one week for those with less than 2 years service rising to a maximum of 12 weeks for those who have 12 years or more, these provisions may be more if it says so in your contract. Redundancy pay is only payable after 2 years continuous service.

Temporary workers are also eligible for redundancy providing they qualify under the 2 year rule. The Fixed term Employees (Prevention of Less Favourable Treatment) Regulations 2002 make it unlawful for an employer to put a clause in a fixed term contract waiving the right to a redundancy payment.

Redundancy can be ‘unfair’ and this can be taken to a tribunal within 3 months with a claim for unfair dismissal. It is automatically ‘unfair’ if the selection for redundancy was because the employee exercised any of the following rights: jury service; leave for family reasons; refusal of Sunday working by a shop or betting worker; working time; being a trustee of an occupational pension scheme; acting as or being elected as an employee representative for collective redundancy or TUPE purposes; protected disclosure; asserting a relevant statutory right; National Minimum Wage; tax credits; flexible working; participating in official industrial action; consultation of employees regulations; part time workers regulations; fixed term employees regulations; European public limited company regulations; trade union membership or activity; non-membership of a trade union; pregnancy.

The selection can also be ‘unfair’ if there was no genuine redundancy, there was a lack of consultation, an ‘unfair’ selection procedure or a failure to offer alternative employment.

Redundancy is a “fair” reason for dismissal but the employer must act reasonably. Criteria used to select employees for redundancy must not be discriminatory – a number of things are ‘automatically unfair’, such as singling out union members or activists. Temps directly employed are covered by the Fixed Term Employees Regulations but not agency workers unless they can prove that they are deemed to be an employee.

The selection is still a dismissal, as well, and the employer has to go through the statutory or company dismissal procedure. This must state in writing the selection criteria for those workers to be made redundant, arrange a meeting for the employee to discuss the application of the criteria to them before making a final decision and allowing an appeal against the decision.  Failure to adopt this procedure (provided you have 12 months continuous service) is an unfair dismissal (in procedure) and allows you 4 weeks basic pay compensation (at a maximum of £310 a week).  This is useful for those workers who haven’t qualified for the 2 years redundancy payment.

Ill health and maternity do not preclude redundancy, but an employer has to act fairly. You can be offered alternative work but can turn it down if it is of lower pay or status. You have a right to time off during the redundancy notice period to look for work.

Entitlement to redundancy pay depends on whether the statutory scheme is used or the employer has a different one. If different groups of workers in a firm have significantly different terms and conditions (for example after a transfer from a different employer), it may be that some will get significantly better redundancy pay than others. If this is the case, it’s worth checking because it could potentially be ‘unfair’. There is a ready reckoner for the statutory scheme at http://www.direct.gov.uk/redundancy.dsb.

The maximum payable is for 20 years service. There is also a statutory maximum for redundancy pay which is currently £380 per week since October 2009. Anyone earning more than this will only get £380 per year of service. If the employer is insolvent, the redundancy pay (and any other pay owing) must be claimed from the Department for Business Innovation and Skills (BIS), and the statutory redundancy pay is subject to tax and national insurance deductions, making it even less.  Other than that, if redundancy pay is under £30,000 it’s not taxable.