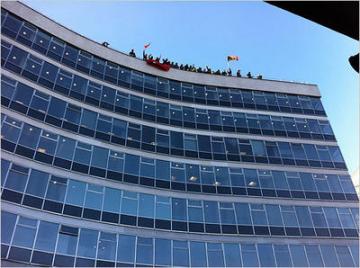 These attacks are directed across the entire working class, with no section spared. Savage attacks on the unemployed, sick and disabled sit alongside mass public sector redundancies, attacks on parents side by side with increasing prices through the VAT hike. Despite the government’s rhetoric, this is a wholesale assault on us all. The basic safety net of the welfare state is being dismantled before our very eyes. This can’t be seen as just a slight rejigging of government spending, but an attempt to significantly shift the balance from the majority of us to the richest, and to redefine the support an individual can expect from society.

The government claim the cuts are needed to reduce the deficit and deal with the recession. Most major economists predict they will have the opposite effect. However, it is not just a case of “nasty Tories” - all the political parties would have been forced to make very similar cuts at this point.

The capitalist system requires constant attacks on the working class to be profitable, and here it continues. During the recession, boardroom pay went up 55%.While some on the left may lie about or whitewash the past to hide Labour’s complicity in the cuts, it is important that the movement to resist them is not tarnished with Labour’s discredited legacy.

As this is an attack on us all, it is only on that basis it can be successfully fought – the opposition to the cuts must be on a class-wide basis. It is no good a multitude of separate contesting campaigns resisting the cuts “in their area”. This will allow the government to divide and rule, and if we are arguing over where the cuts should fall we are doing their job for them. Nor can we win just by making good arguments and appealing to the rational judgement of politicians. The only way to stop these cuts is by making their implementation impossible.

In the early 1990s, the anti-Poll Tax movement refused to go along with the tax and in the end the government withdrew it. In France, millions have been refusing to accept changes to pensions. Here, students have been showing a willingness to fight not seen in decades. The coalition imagine they can overcome any resistance to their plans. The only way their plans can be derailed is if we simply do not accept their imposition, and make the country ungovernable.