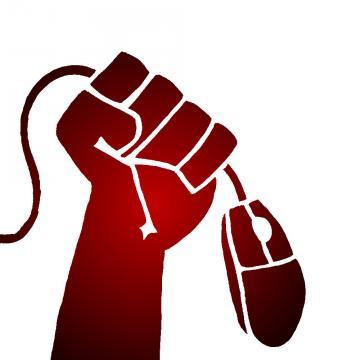 I've not got much experience of organising, and I work in an industry where it's rare for people to be unionised (IT). But I did win some small victories at my last workplace (mostly thanks to SolFed's workplace organiser training) and like they say, the best way to learn is by trying! This is a report on two of those victories - blocking an attempt to give us unpaid overtime, and improving health and safety. Things were easier because we were all on permanent contracts and couldn't be replaced quickly, but harder because no-one else had much knowledge of unions or organising and because we worked in a small open-plan office where it was hard to talk without the boss overhearing.

My first issue came up just after I'd finished the probationary period of my contract, which I'd kept my head down for. The company was trying to squeeze more work out of us - already they'd had us all stay till 9pm one night unpaid to meet a deadline (we're meant to finish at 5), and now they were getting us to do one "working lunch" a week. I felt this was the thin end of the wedge, seen as unpaid overtime is an industry-wide problem, so we'd better fight it or it would all be downhill from here. I complained about it to people when we were talking in groups at lunch and on breaks, but no-one else would say anything, probably because they were worried about getting overheard or else maybe they just hadn't thought about it before as something that could be challenged (like I said, unpaid work is endemic in IT).

Anyway I changed tactics and instead started talking to people one-on-one. This was much more successful and each person I spoke to agreed that something should be done. One even agreed to help get people on side. So between us we had the whole team covered by the time of the next unpaid meeting, and I was trying to work out the best way to get everyone together to talk about it and make a plan. However, in the end I didn't have to! At the start of the meeting one of the people I'd talked to spoke up, saying that a few of us aren't happy with management taking our lunch break, and that other people here might have something to say about it too. Without any more prompting we then went around the table, each person saying why they were unhappy with it. Faced with every other person in the room against him our manager had to give in, and agreed to no more compulsory working lunches right there on the spot. The best part is that since everyone spoke, there was no ring leader for him to pick out to bargain with or punish. In the following two years I worked for them the company never once held a compulsory meeting outside working hours again. So I'm definitely glad we fought them on this. It fits with an experience our local has had before - that even without direct action just grassroots organising alone can be enough to scare bosses and managers into giving in.

Following this win, I asked people in my SF local for ideas about what to do next. We settled on organising around health and safety, since the company was clearly not following the law on several issues. Now I could have just gone to the boss myself, quoted the regulations at him, and maybe got a few things changed that way. But this wouldn't have helped build any workplace organisation, and would have got me noticed as a troublemaker. After all it's important how we win, not just what we win, right? So I decided to start off by trying a bit of direct action. I'd been asked to put together a list of equipment the company would need to order for some new people who were starting. As well as doing the list as normal I went round the team I worked in taking orders for things to improve health and safety and suggesting some myself - like wrist rests, ergonomic keyboards, footrests, stuff like that. I just tacked these orders onto the end of my list, marking them something like "safety equipment".  Now to be honest I'd expected to have to answer some questions on this, but no one said anything and the equipment was all delivered! The office manager who processed the order was also meant to be responsible for Health and Safety, so maybe she thought it was better for her to just go along with it? For whatever reason, it worked. Afterwards I did mysteriously get that task taken off my hands because I was "too good at programming to spend time putting orders together". But it set expectations high enough that the manager ended up doing the same thing in future anyway. I think it also got me people's respect, and some of them started joking that I was their union rep (we had no recognised union), so overall I'd say it worked well.

In the end, for one reason or another, organising stopped there and I never managed to get together anything permanent like meetings outside of work, or getting people to join a mainstream union. Part of the problem was that I didn't want to be the only one taking initiative so I concentrated on individuals, tying to find at least one other person to do the organising with me. The first person I tried to enlist was promising and I had lots of discussions with him, but he was so unhappy with his job in the end that he quit instead of fighting. The second I tried to recruit agreed with me a lot politically and we had many, many good conversations. In the end though he wasn't interested in actually doing much more than talking (even though his job was was clearly too stressful and eventually made him ill). I think a lesson from this is that the most disaffected and the most "political" people often aren't the best to organise with. The other lesson is not to wait for the "right conditions" before organising or acting. As I hope my two examples showed, it's possible to permanently make things better at work and to do this in a syndicalist way, even at workplaces where it's not usual for people to be in a union.

If you're interested in organising your own workplace like this, get in touch with Bristol SolFed. As well as holding organiser trainings we have a lot of experience and can give you advice on how to apply it to your own situation. We are also members of an international federation active in 18 countries, who we can call on for support

This article was published on 9 September 2016 by the SolFed group in Bristol. Other recent articles: